We got to Marlys and Kirks house at about 12 noon (Buddy always invites us over for at least two meals! :-))  We got so caught up in talking and telling stories, that we had lunch in front of us for about 45 minutes before we came up for air long enough to eat.  Now, just for a little background info, Buddy and I knew Marlys from Germany, but Kirk was still, in essence a mystery.  We loved him!  We knew we would, because Marlys doesn't just go marrying anyone. 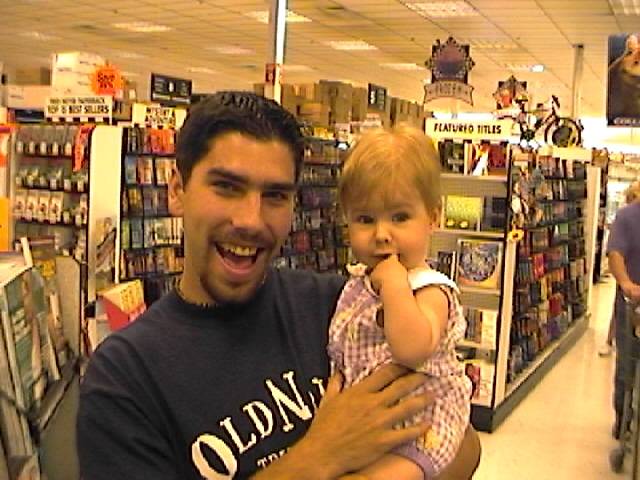 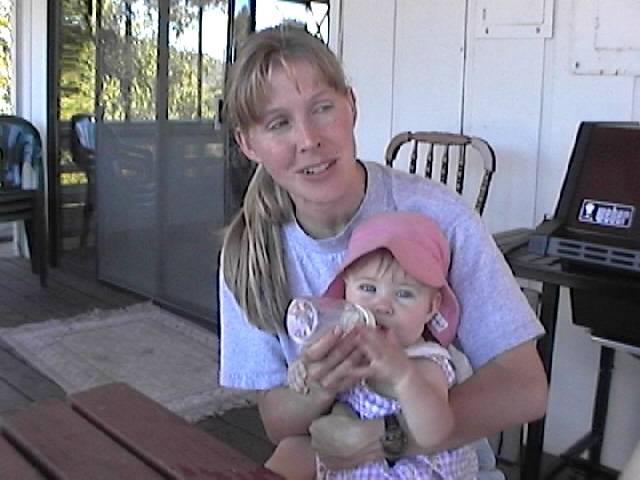 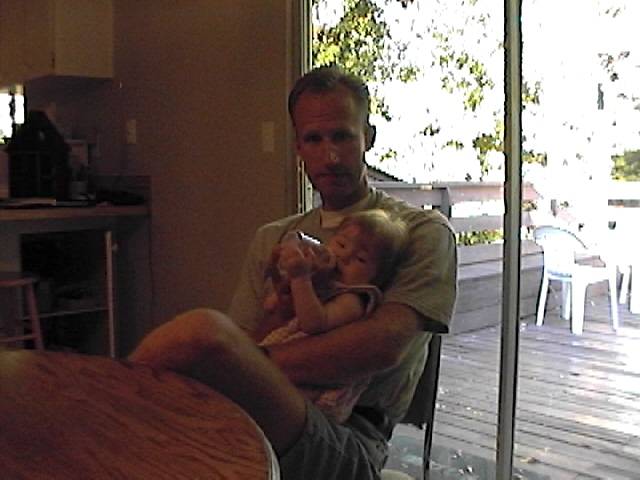 Doesn't Buddy just look like a natural dad?  He's getting a lot of practice.  I (Jen) only have one friend from college who is married and doesn't have kids.  This trip has given us a lot of practice, and we're getting good at it, especially Buddy.  Kids dig Buddy.  Oh, yeah, Marlys just spawned Lauren about 8 months ago. 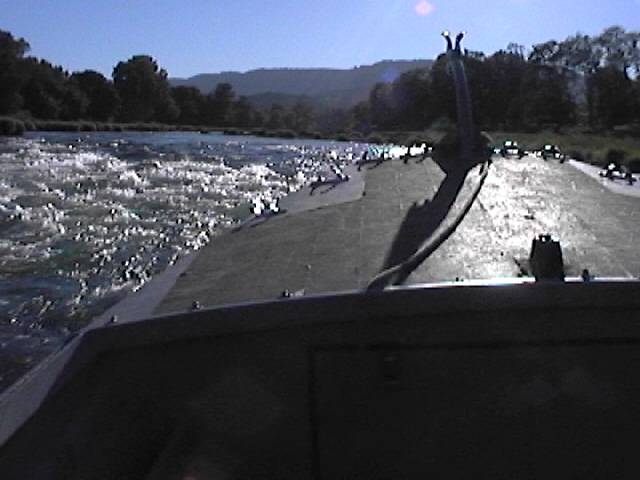 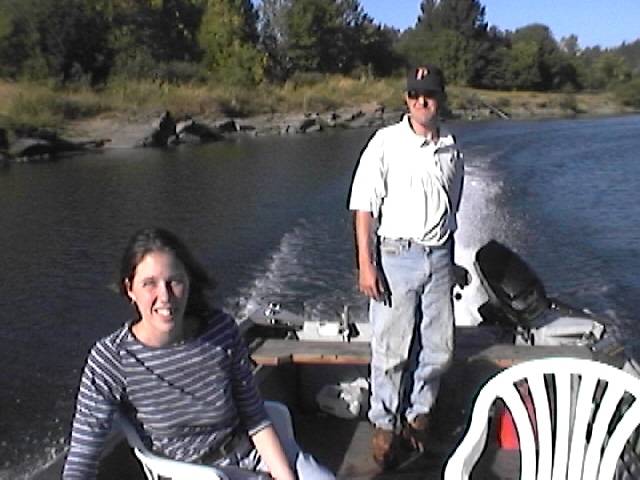 Mar's parents have a really cool place with just about every fruit tree known to man, so we went "shopping", literally, at her parents house.  Picked up some grapes, Pears, apples, and corn on the cob...oh yeah, some peppers & tomatoes too.  They also just got a new power boat, so Marlys' brother gave us a ride.  He instantly became Buddy's hero as he expertly guided us through a set of rapids, notice the white water in the picture on the left.  When my husband is impressed, that means it's dangerous. 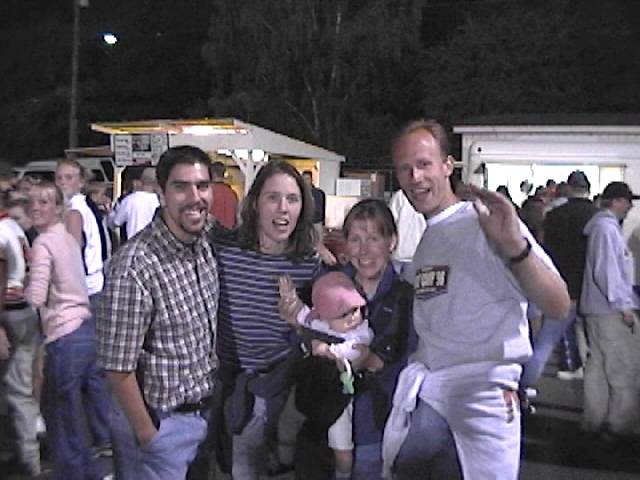 Kirk is a Youth Pastor in Roseburg, so we headed out to the football game, not just for ministry, but because Football is THE thing to go and do in Roseburg.  They slaughtered the visiting team, so everyone was happy.

Oh yeah, Marlys and Kirk inherited a hot tub in their new house...do you catch the hot tub theme throughout this trip?  They were very gracious and let us hang out in the house after they left on a camping retreat.  (In other words we soaked in the hot tub a bunch!)  Off to Redding, California.