So this is Canada, Eh? 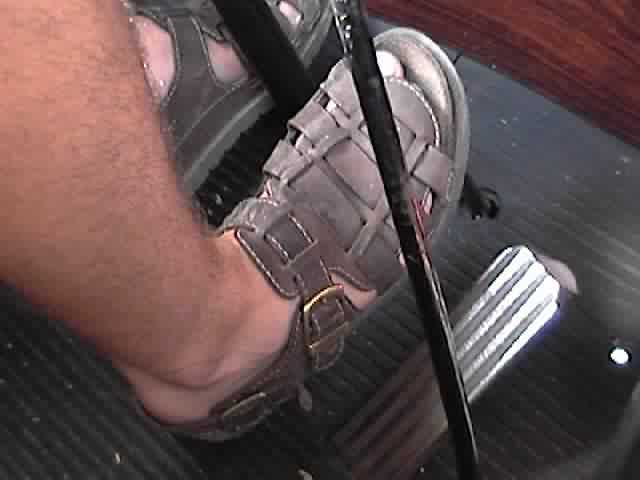 Canada was ready for us.  After lots of driving, we were finally crossing the border into Canada.  But that wouldn't come without some thorough checking out.  For some reason, just because we drive a VW Bus, customs officials jumped to the conclusion that we might be some sort of neo-hippies. 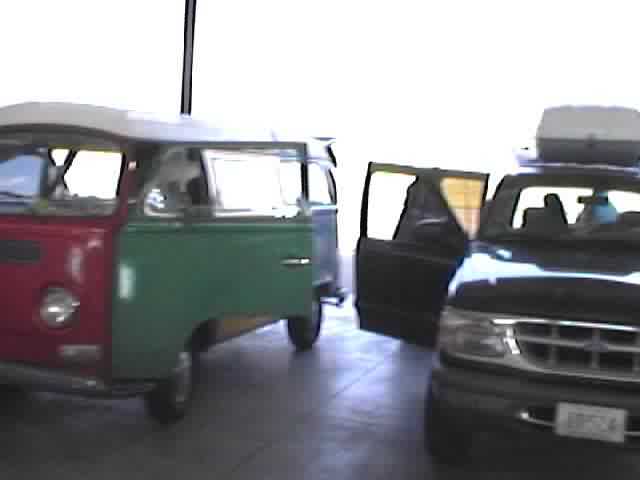 Here's the van getting strip-searched by Canadian forces.  We ended up coming out just fine...didn't they understand that we are missionaries?  After removing everything from every nook and cranny, (which they left to us to re-pack), we were on our way...Calgary Bound!  Oh, I must mention, that that day was one of the coldest "summer" days I've ever experienced.  We stopped for coffee to warm up before sleeping for the night, and got pelted with sleet as we walked into the restaurant. 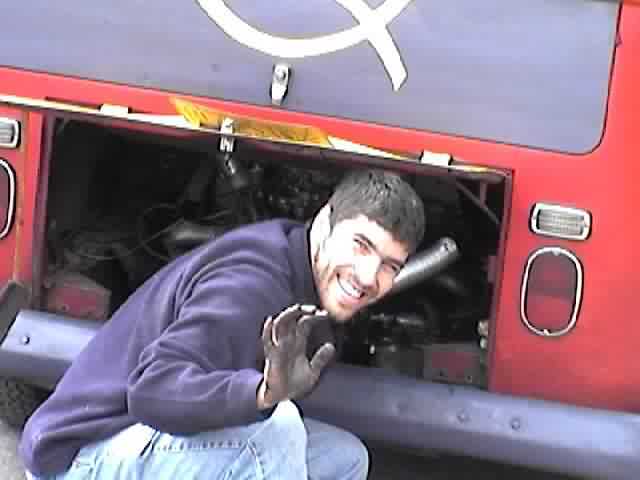 We stopped and picked up some parts on our way into Calgary at a place called the Beetle Shop.  WOW!  The nicest people in the world!  I mean, we couldn't believe it...(well, don't forget that we ARE now part of this mysterious VW "cult", where the rule is..."If you own an VW and I own a VW, we're best friends")  Got some stuff for the engine, which Buddy, the newly skilled grease monkey, spruced up the engine. 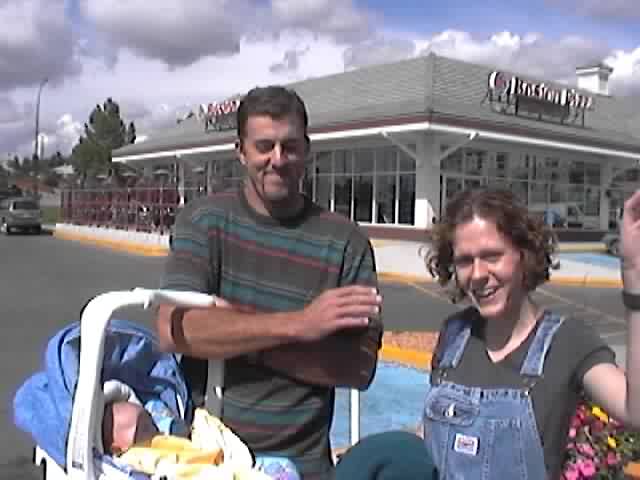 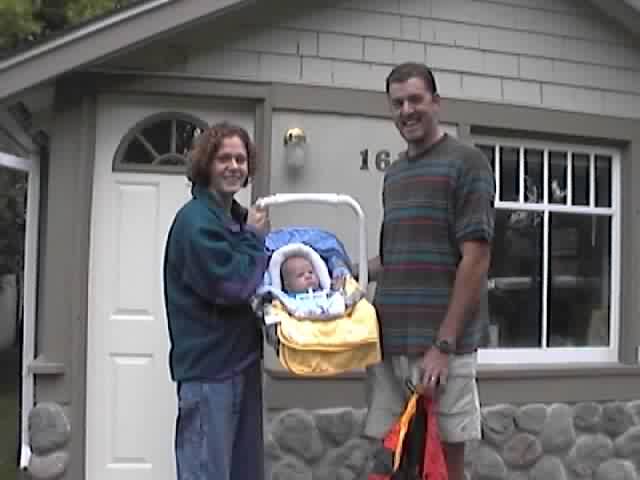 Here they are!  My very good friend, and now, OUR very good friendS, Michelle, Jason and Nathaniel Belanger (That's pronounced, "Bell-AH-n-jay")  We had such a great time with them.  We actually came to find that in many ways, they are the Canadian counterparts of "Buddy and Jen".  One per country.  Really, we loved being with them...they were the most gracious hosts (Heidi and Jode...if you ever see this, I must tell you that Mich cooked us a stinking five course meal...and we thought she wasn't domestic!)  :-)

Previous   The Journey   Next