There was a lot packed in this day, starting out with sleeping in (remember, we just got back from a full night of traveling, and my brother works through the night, so we were sleepy heads)  I think we finally dragged our carcases out of bed and being fairly confident that there would be  Mariners tickets, we headed downtown to watch the game in Seattle's new, and very expensive stadium.

When we arrived at the stadium, we were smacked in the face with a SOLD OUT sign, so we headed off to the Seattle Center, to take the Monorail down to a festival "somewhere" downtown.  Come to find out...we walked all over hilly Seattle, and after 1 1/2 hours, we finally found the monorail.  There was a line at least a mile long, and by now, we were all so tired, that we couldn't even fathom going to some festival. A very intelligent, Seattle-savvy, elderly woman then proceeded to tell us that the whole area that we huffed and puffed through, was accessible by a free downtown bus.  It took us less than 5 minutes to get back to our car. 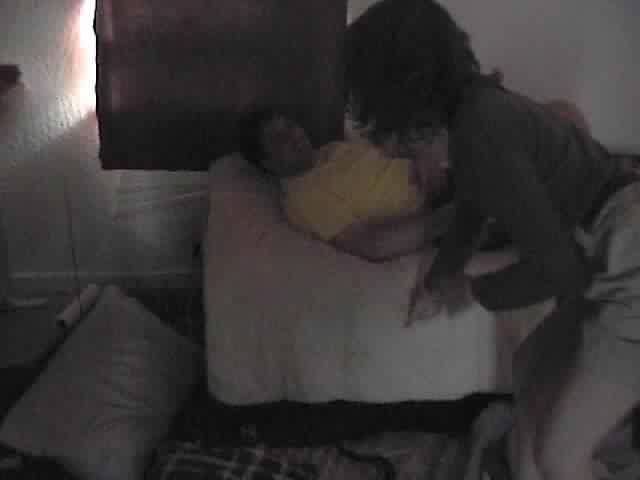 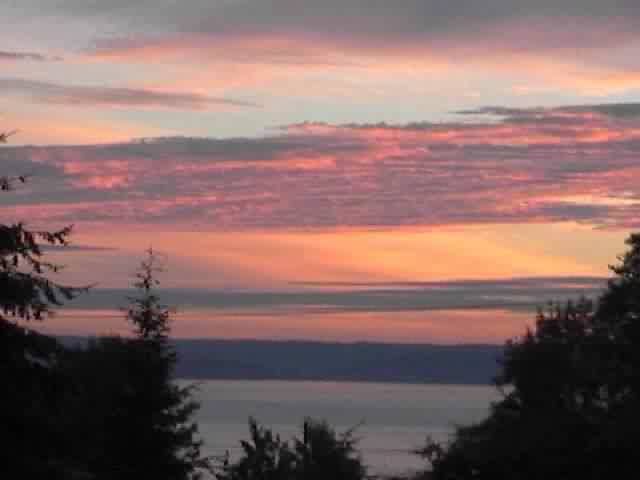 Me and Jon goofing around...check out the peaceful Puget Sound, seen from my brothers "not-burned-down-yet" apartment.  This was the calm before the storm.  Check out the pictures on the next page of the storm.