NEW!! 
(Click on the flames to actually get a feel for what Buddy and Jen went through! This is intense, so small children should first vacate the room!)

Do You Want This Couple Stopping By For a Visit?

Seattle (UPI) - While on their 'Let's Tour the Country in the Magic Bus Tour 1999', Buddy and Jen Rathmell made a stop at Jen's brother's apartment located in Seattle, Washington. When they skipped town, all that was left of the apartment was charred rubble. "We were just coming back from the movies, when we saw a lot of anxious firemen running around", remembered Buddy. "Then we noticed that  this burned out hunk of rubble in front of us was actually an apartment building with a lot of our stuff inside it before we left for the movie theater."

"I was just hoping that it wasn't my curling iron that caused the fire", chimed in Mrs. Rathmell. "And after I found that it was due to faulty wiring, I was pretty happy. I mean, not happy per se,  but relieved...you know?"

Jen's brother, who lived in the apartment building, was not available for comment. He was last seen pouring a 10 pound bag of sugar into the gas tank of the Rathmell van.

The Rathmell's were asked how the incident would affect the rest of their tour. "Well, since we've stayed in about 20 different places so far, there's only about a 5% chance that your house will actually burn down if you let us in", says Jen. "I'd say those were still pretty good odds. I mean, we shouldn't be treated like pariah's or anything...geez."

Says Buddy, "We shall continue our rambling ways. Right now we're on our way to see the world's biggest ball of twine, and we can't let something like a charred apartment building stop the momentum we've gained on our tour."

The Rathmell's have thanked God for their continued safety on their tour. "We've been extremely blessed", Buddy said. "We both feel that people's prayers are hitting the mark."

Reached for comment, God was well aware of the Rathmell's trials and tribulations. "What can I say", he said with a grin. "They are both good eggs. It's easy for me to care for them."

(Buddy and Jen's best friends from Northeastern Pennsylvania all contributed to this article. Actually, we broke into the web site with Buddy's permission, as his lap top computer is now a heap of ashes. He wanted to let people know what was going on, and that they are both fine and dandy. We're just having a little bit of fun. After all, we have nothing else to do here at work The fire part is really true though. We may have taken some liberties in quoting the Rathmell's however. I can't really remember.....)

Thanks to our friends who updated our home page for us(now found directly above on this page)...most of you already know that on Sunday, we arrived back home to sooty, anxious firemen, lurking outside my brother's apartment.  We knew that firemen don't usually have good news, their very presence indicating trouble.  Jon's apartment, was to say the least, quirky.  A studio apartment over a garage..basically one room.  One of its quirks was that the electricity was hooked up to the house where his landlords live, and sometimes, when they turned on the dryer....it blew a fuse and left poor Jon in the dark, literally.  Well, that afternoon, as we were leaving, the power went off and we thought nothing of it.  We knew Jon's landlord's would turn it back on, and life would go on as usual.  HOWEVER, this time, they hadn't turned on the dryer, and a slow, wire-burning fire was being birthed inside the wall of Jon's apartment.  Here's how it ended up. 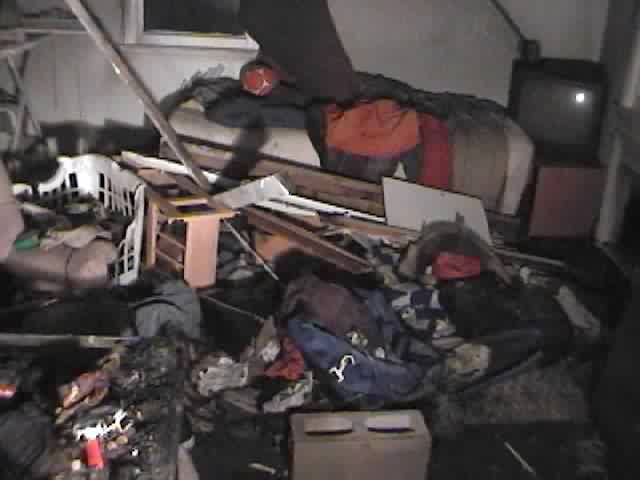 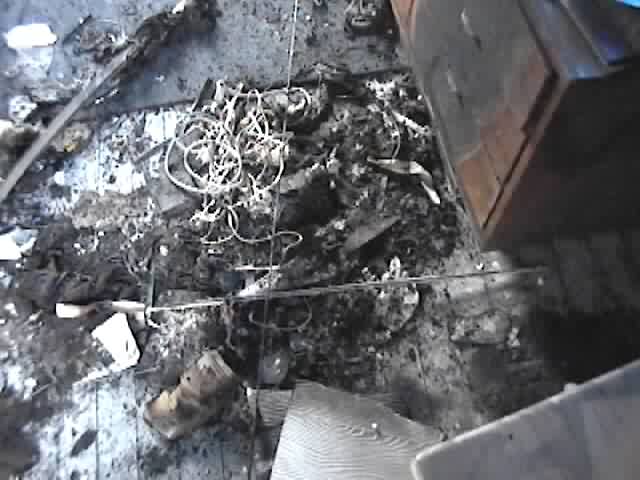 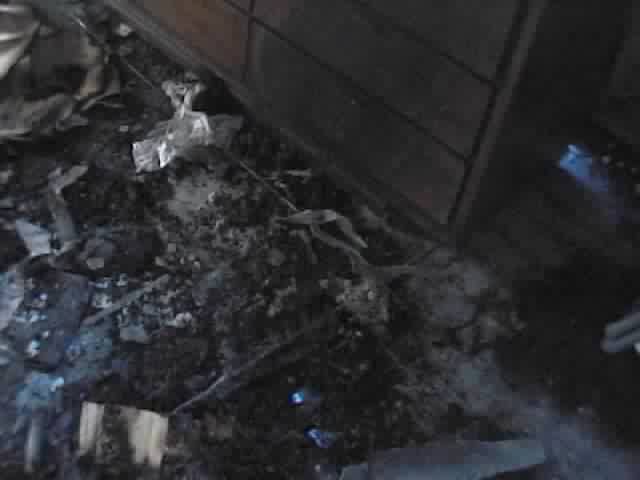 Most of Jon's stuff was totally hosed.  Buddy lost about 60% of  his stuff, and I lost a couple of things.  As you know, our laptop died.  We were carrying our digital camera, so that was fine.  These pictures actually make it look better than it was since most of the really burned stuff had already been cleared out and we had pulled unburned things out of drawers. 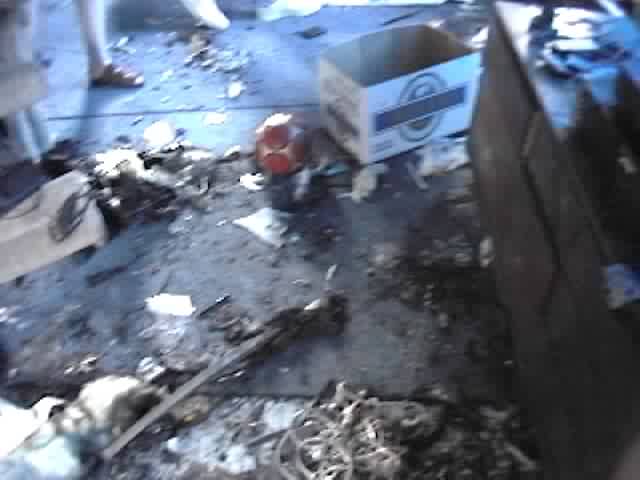 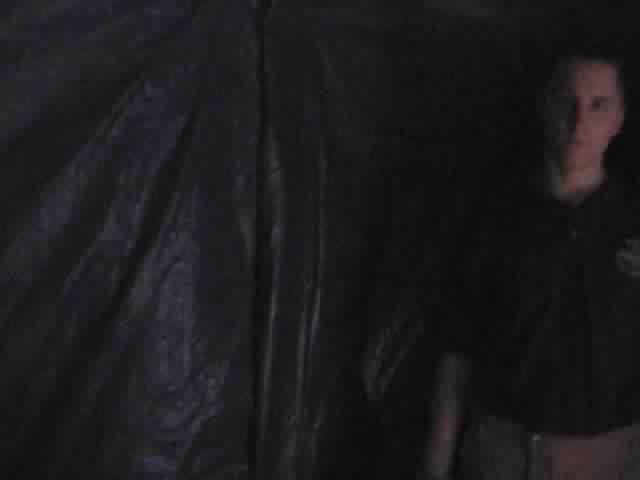 One of the friendly firemen.  Actually, the fire inspector took the opportunity to bring in all the young bucks and use this fire as a teaching tool for them.  (This was one of the young bucks, I think).  Where the blue tarp is, there used to be a wall, and siding, and stuff that holds a house up. 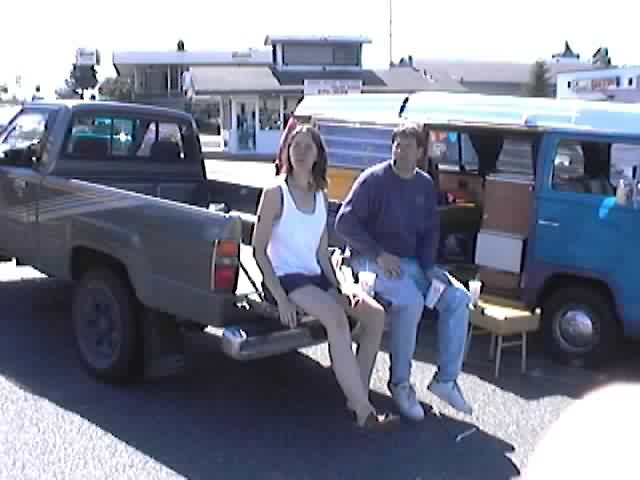 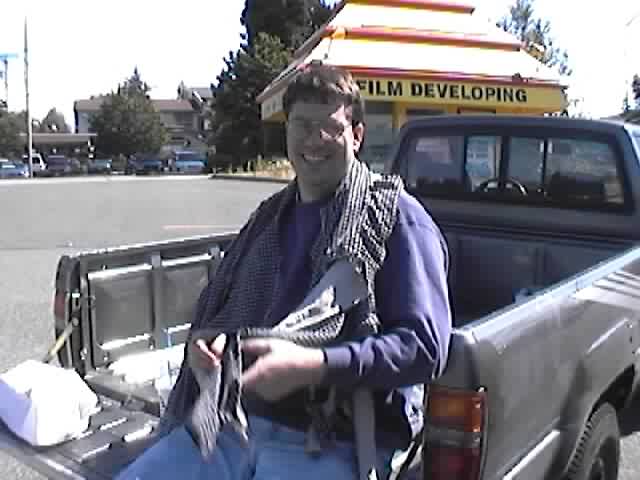 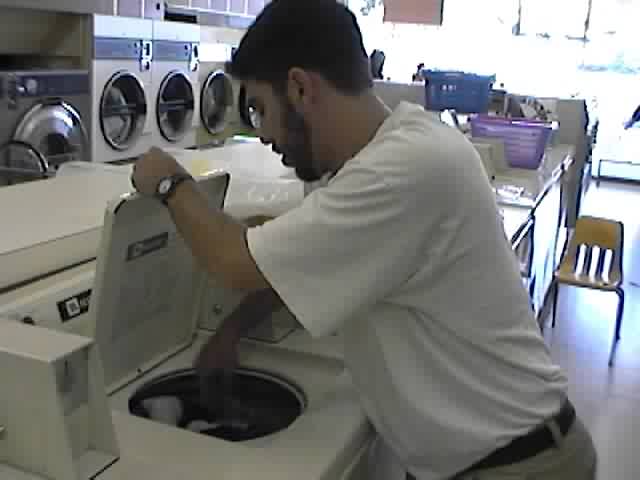 We had a little tailgate party outside the laundromat, where we spent a good 3 hours trying to salvage as much as we could.  The shirt on Jon was one I gave him for Christmas, and believe it or not, when it went into the washer, it was fully intact, and looked perfectly fine.  I guess the intense heat did a number on it, and once it was agitated the slightest bit, it shredded like a piece of cheese.   We ended up washing everything at least three times, and still, the smoke smell was faintly present.

Just a note about the Red Cross...they were wonderful, and put my brother up for three nights in a very nice hotel, gave him $45 for food, and $50 for new clothes.  That, in no way, will replace what he lost, but we were very ministered to by them...as they stepped up to the plate to provide for our immediate tangible needs, we were able to shed off the emotional tension that sprang up so quickly.  GO GIVE BLOOD!