Well, this was it...our last day in smoky Seattle.  We still couldn't get tickets to the Mariners.  Major Bummer.  We started the day off in the hot tub.  (Aren't Buddy's eyes beautiful?) We found that the stress just rolls off in the hot tub.  Jon was actually with us, but we couldn't get his good side, so we decided not to show him, in the event that there were any available women out there looking for a good looking unmarried man. 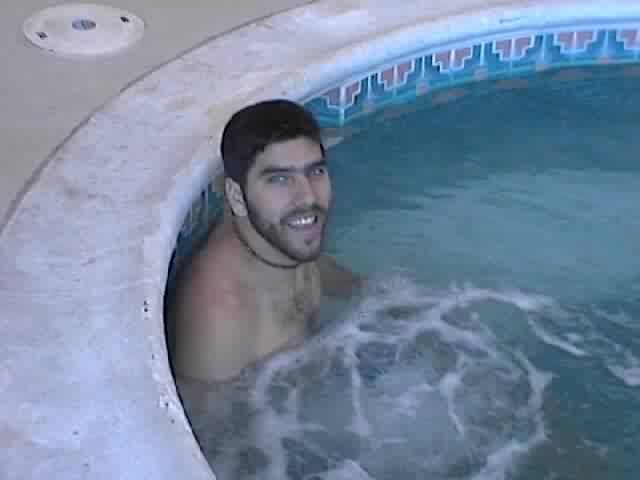 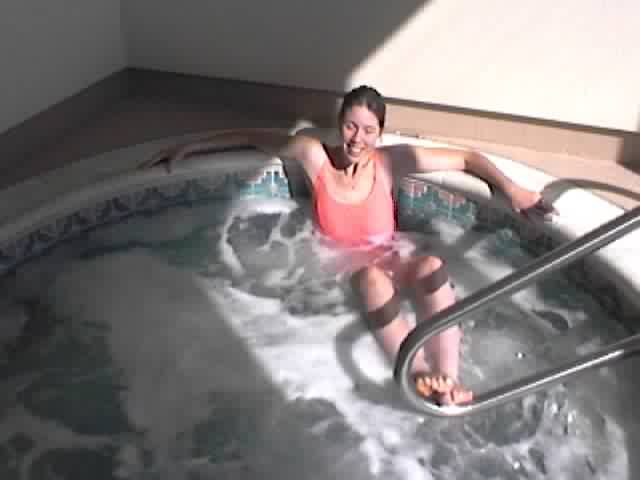 We decided to go to the Museum of Flight at Boeing Field.  We were going to go to the actual Boeing Plant and watch an airplane being made, (Elaine, you and your airplane fettish would've loved that!) but we just couldn't get motivated to drive the hour it took to get there and then wait three hours for tickets.  The museum was really fun, still, and we enjoyed our time there. 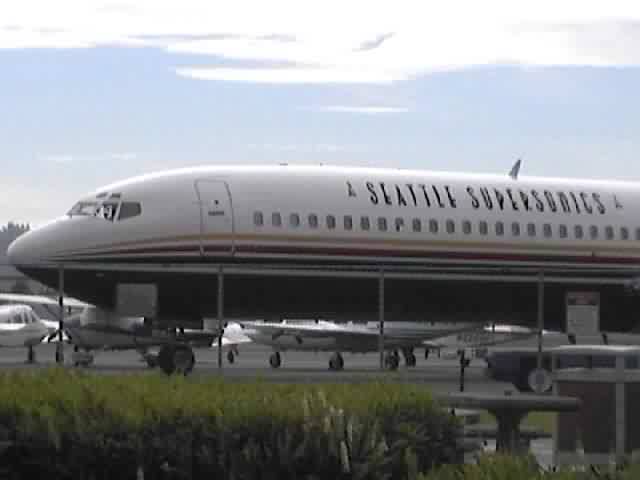 The Supersonics private jet.  Must be nice,eh? 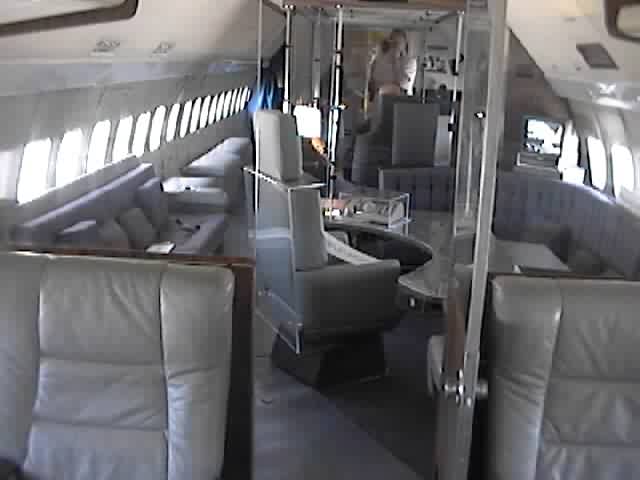 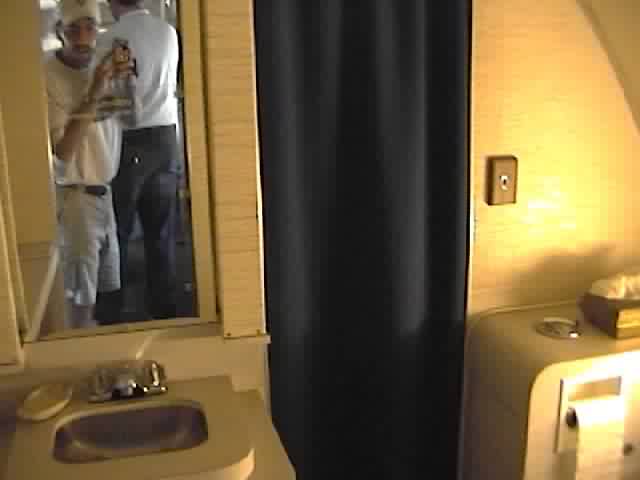 The old "Air Force One".  This was the plane that President Johnson was sworn in on after JFK died.  The bathroom was specifically remodeled for Jackie Kennedy.  It was pretty cool, and probably the highest tech thing around back in the day.  I wonder what Air Force One looks like now. 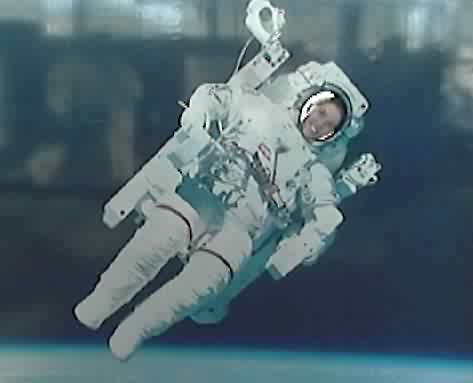 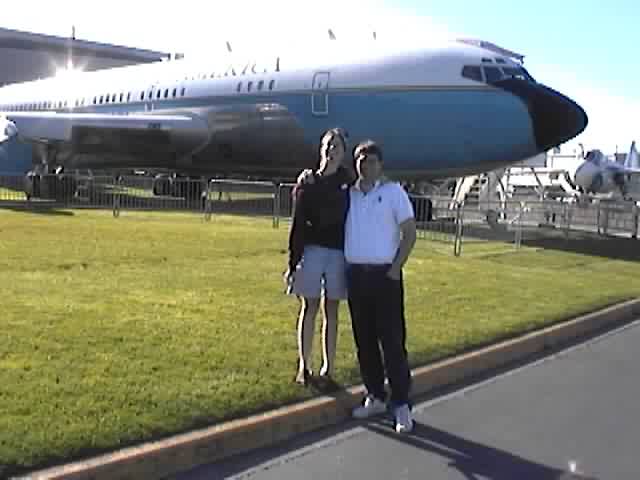 Jen in space, and Jen and Jon outside of Air Force One, after Jen arrived back on earth.