Well, we finally dragged ourselves out of the hot tub and hit the road about 3 pm, about 5 hours later than we had planned.  We received our new laptop that day, so we were all giddy about getting back on line.  We love our new computer, and it's so nice to be able to get back on the web.  (Although it has taken us almost a week just to put these pages up!) 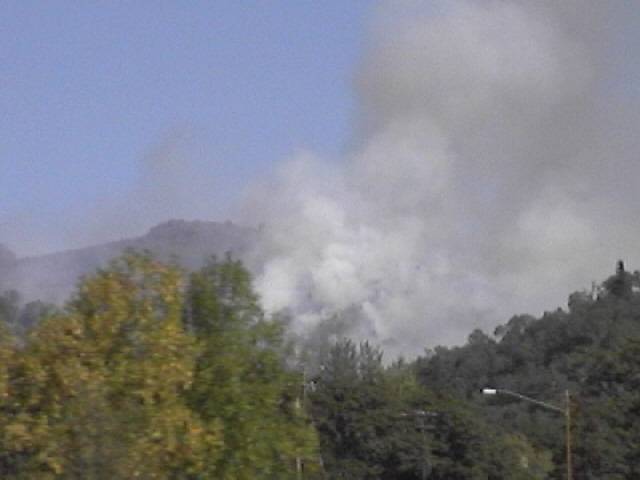 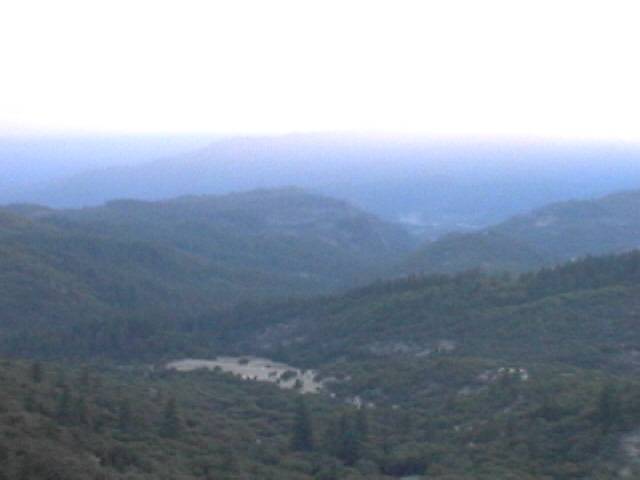 As we were leaving we noticed two things in particular.  One, a forest fire seemingly right around the corner, and two, our car wasn't starting very well.  It would try to turn, but just couldn't quite get going.  At this point, it was only trying to tell us something, and hadn't gotten around to full on quitting. No matter, the beauty about a light engine surrounded by a tin can is that you can easily jump start it.  And, from Redding on...that's what we've been doing.  (Just adds to the beauty of owning a Volkswagen Bus) 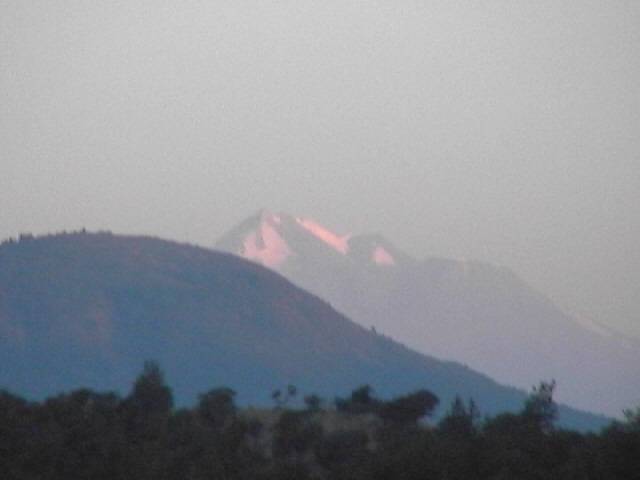 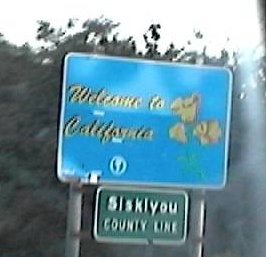 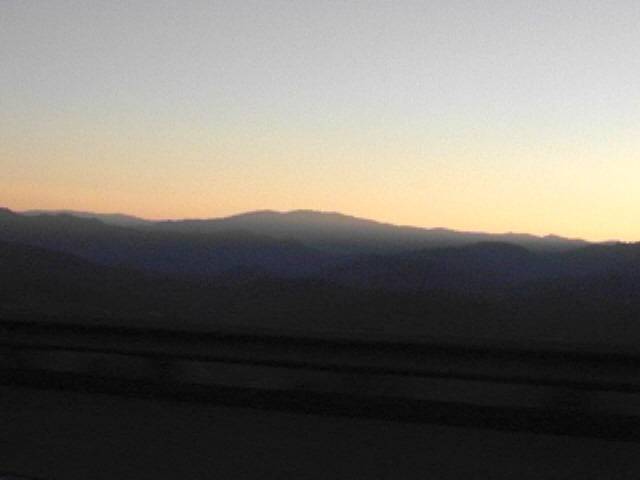 We knew we were getting close when we turned and saw Mt. Shasta (left), and the Welcome to California sign.  Since we left so late, we didn't get to Simpson College until about 9:30, and since we were surprising them, they weren't around.  Come to find out they were in the gym, which we went to, but didn't see them.  We ended up leaving a note to call us, but our "trusty" cell phone didn't work, and they returned shortly afterwards, and since we never heard from them, we slept in the van.  The next morning was our joyous reunion, but it still stinks that we didn't get to see each other earlier!  We were only about 200 feet from them all along!