We arrived in San Diego at Jen's Aunt Jean's and Uncle Oliver's with a slightly limping bus.  The starter had given out somewhere around the Oregon border.  We told Uncle Ollie about it and the next morning when we woke up he had an appointment for us at the local VW dealership.  They were able to put in a new starter for us so our days of push starting the VW are over, at least for now.  We spent part of the day doing errands.  We are still replacing things that we lost in the fire.  We finally got new pillows and sheets.  It turns out that I like the blanket that I have wrapped up inside of a pillow case and have been using for the last 2 weeks better than I like the new pillow I have.  I need one that has all of the fluff smushed out of it and that only comes in 3-5 year old pillows.

Uncle Ollie hates to have his picture taken.  As soon as he saw that I had a camera he got up to leave.  You can see he is about to take off.  Have you ever heard of graphoanalysis?  Well Aunt Jean is an expert.  She has been analyzing handwriting for longer than Jen and I have been alive.  It was pretty cool to see how many things she could see about us in our handwriting.  One of the things that has been neat about this trip is that it has allowed us to continually work on our marriage and learning about our different styles of relating helped even more. 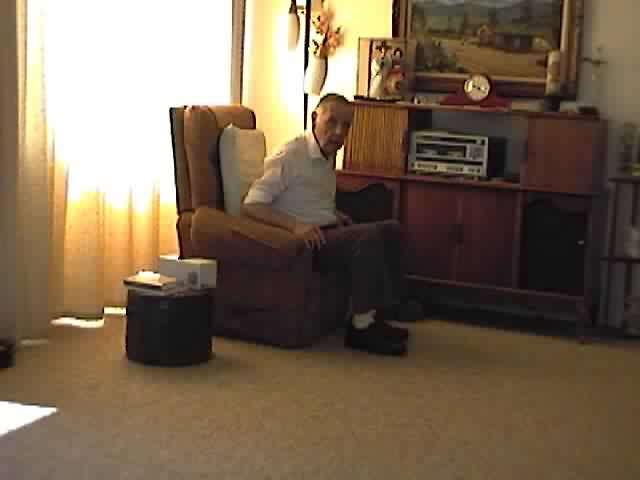 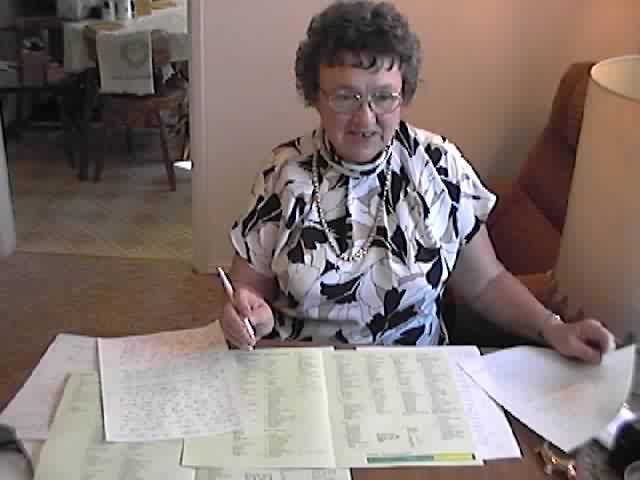 Notice the bar graph that shows some of the differences in our personalities.  I guess what they say about opposites attracting is true.  We found that we usually were at opposite ends of the spectrum or right there with each other.  There wasn't a whole lot of in between stuff, but if you add us together, we make a great team!  We went to prayer meeting that night at church.  They go to College Avenue Baptist Church in San Diego, where Aunt Jean plays the piano for their prayer group.  They also go their once a week for wood working and hand bells.  Some of the busiest people we know! 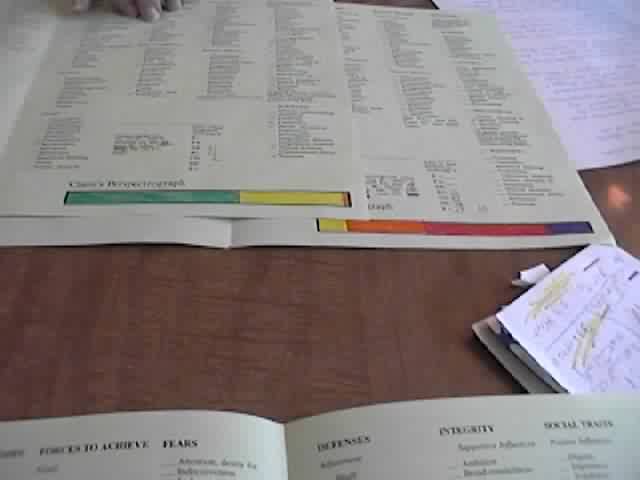