The next morning, Aunt Jean and Uncle Ollie, as we mentioned earlier, had to get to the Adult Center at the Church for wood-carving (Uncle Ollie) and Handbell Choir for Aunt Jean.  We decided to go ahead and try to surf a little early in the morning, and then meet them there.  (They had promised us food, so we weren't going to miss out on this!)

First we gotta tell ya...we had just gotten the starter on the van "fixed" the previous day, and today, when we went to start the van, nothing.  I mean nothing.  Like no clicking, no chugging, no turning over, no nothing.  We tried to hide this from Uncle Ollie, knowing it would worry him, but he caught on once he saw us trying to push start the van.   Needless to say, all the time he was carving his wood, he worried. 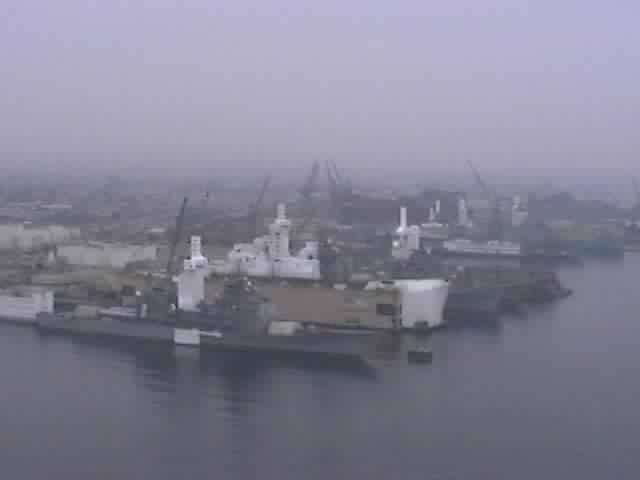 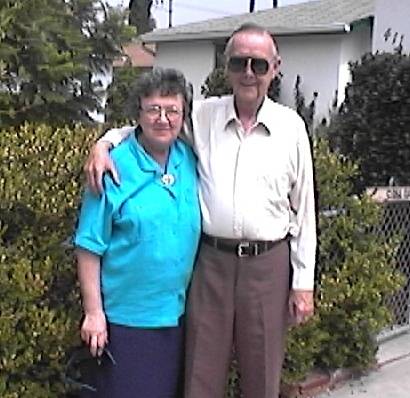 So, we stopped by the VW Place en route to the beach, and it turned out that the mechanic hadn't tightened the cable well enough, and in a matter of minutes, we were on our way.  Bad news for Buddy though...no good waves.  One more day without surfing...poor guy.

Off to the Golden Corral, a place you can stuff your face for $4.99, and for free if you're with Aunt Jean & Uncle Ollie.  And stuff ourselves, we did.  We have decided it's the best buffet restuarant going...(Doug & Tom...that's where we want to cash in on a couple of lunches when we get back)

Now, the next part...I, Jen, am not particularly proud of, but here's the story.  There's this great grocery store called Henry's, and it's got prices lower than we've ever seen, even in Scranton, PA.  Well a couple of the other big stores don't like the Henry's stores because they don't hire out of the local grocery story union deal that's going on.  So the big shots hire people to protest against Henry's, and hand out propoganda about not shopping there.  This, my husband doesn't take well.

He decided to talk to them, video camera in hand....to understand how they could possibly stoop so low, and do such a thing.  They didn't particularly like being on camera, but Buddy got them. 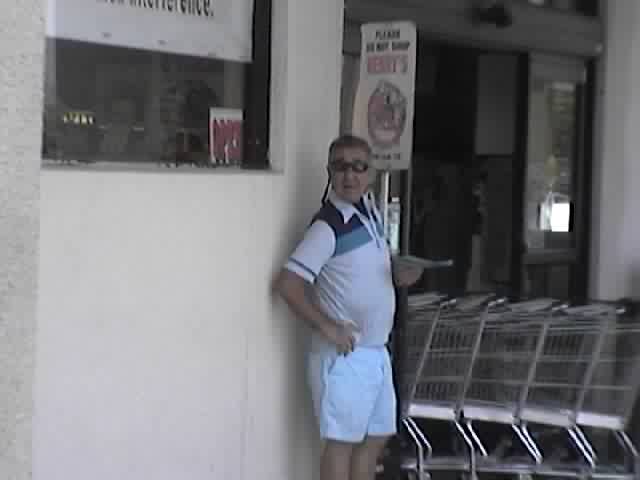 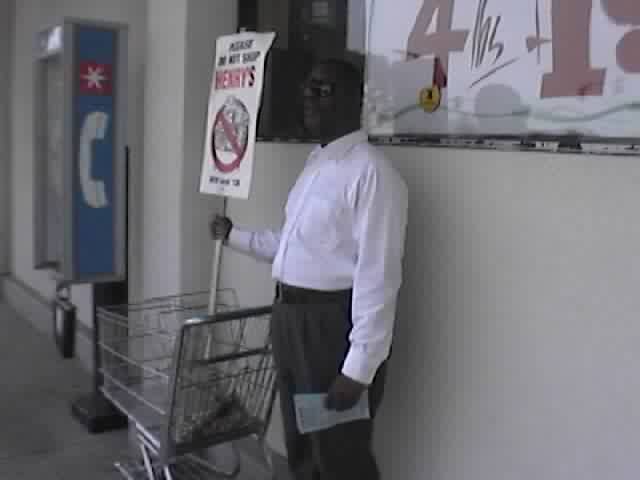 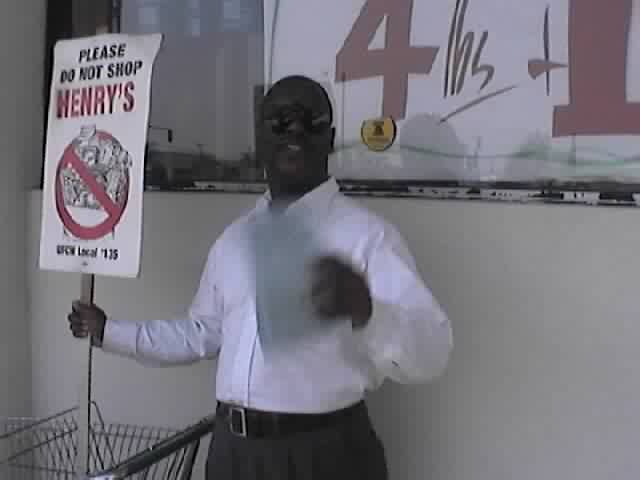 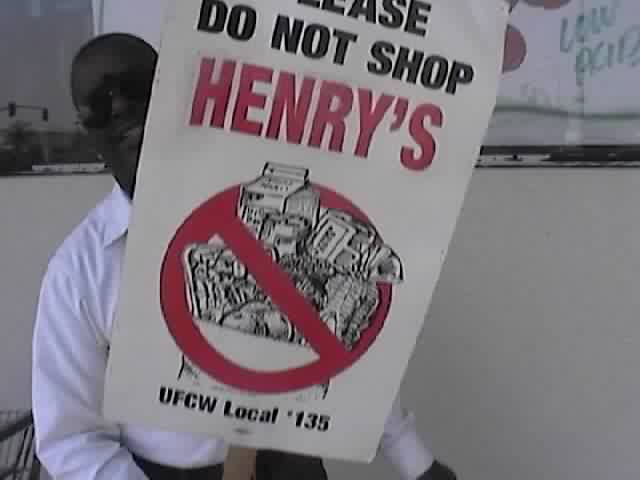 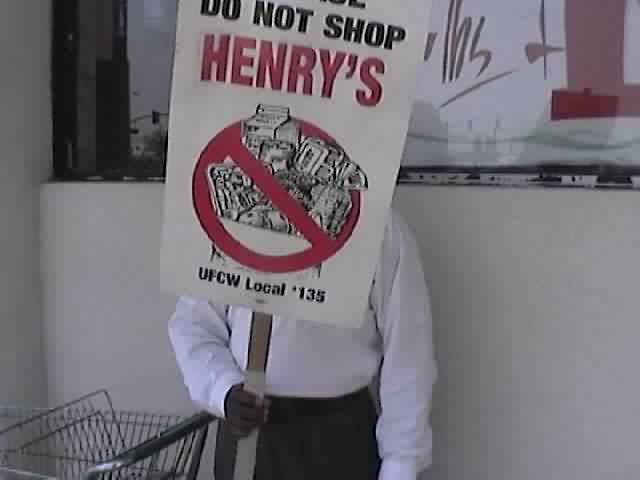 The strikers are still striking but it made everyone in the store, including Aunt Jean and Uncle Ollie, happier that someone had the guts to stand up to them.  Just another day for us!