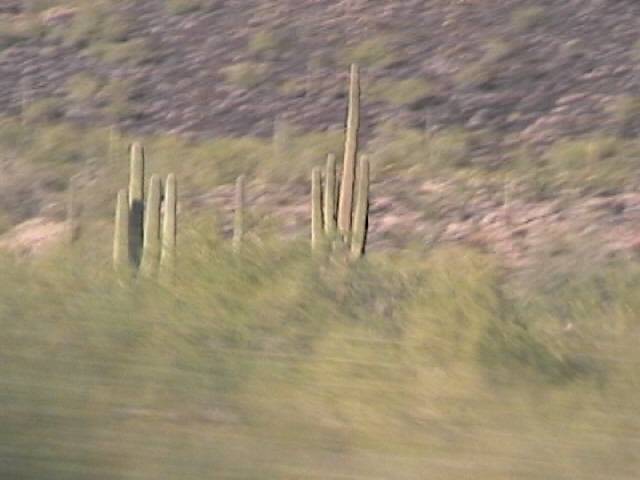 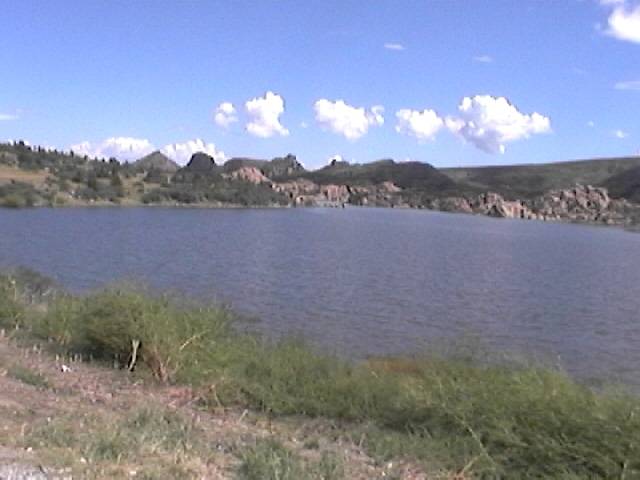 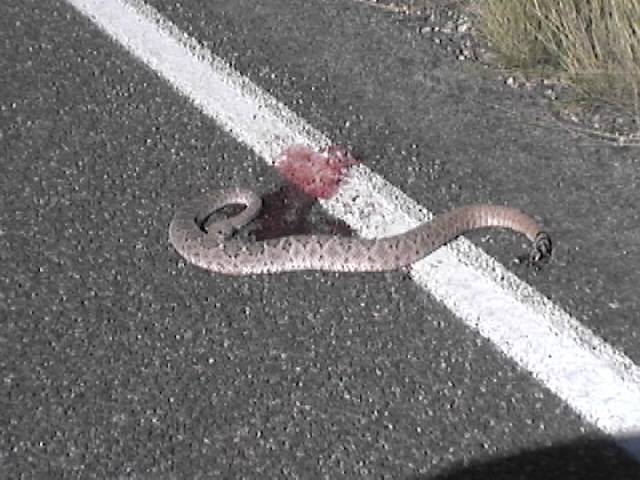 I couldn't believe it...the cacti that I've seen in all the National Geographic films, really exist.  Those three and sometimes, two pronged plants just seem to love this heat! (Elaine, you should come out here for some cactus growing hints, since yours refuses to bloom) :-)  The scenery was beautiful. The rattle snake you see was seen on the side of the road by eagle eye Buddy.  We had to turn around, and we saw some people parked next to it, who had just cut off the rattle (Buddy was bummed!)  We knew we were far from home, when the first question they asked was, "You guys eat snake?"  WHAT?  No one in their right mind actually eats those things, do they?  YUCK! 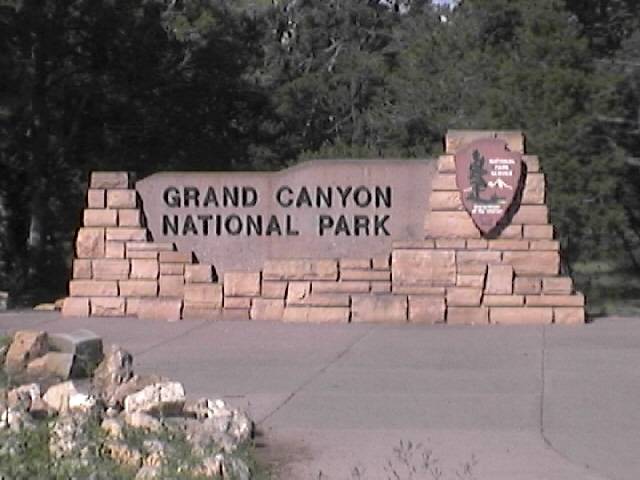 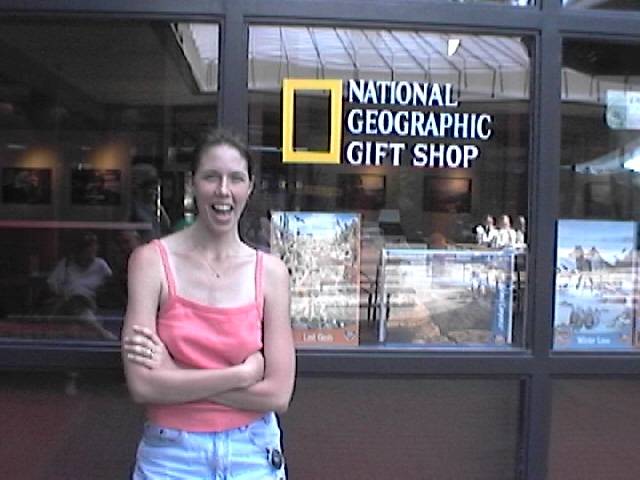 Well, we made it!  Only cost us $20.00 to get in...seems they're using the proceeds to build a light rail around the canyon.   Went to the IMAX theater there, and saw the Grand Canyon - Hidden Secrets.  Was very good, and I just had to take this picture for all of you to remember that I actually did have a job once, and got to take care of NGS.  I haven't forgotten yet! 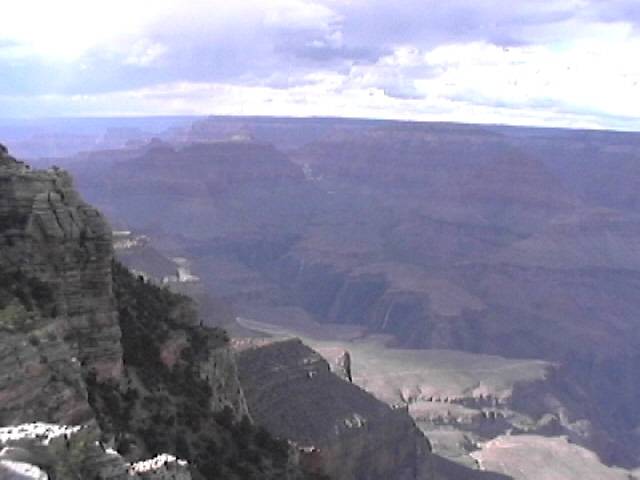 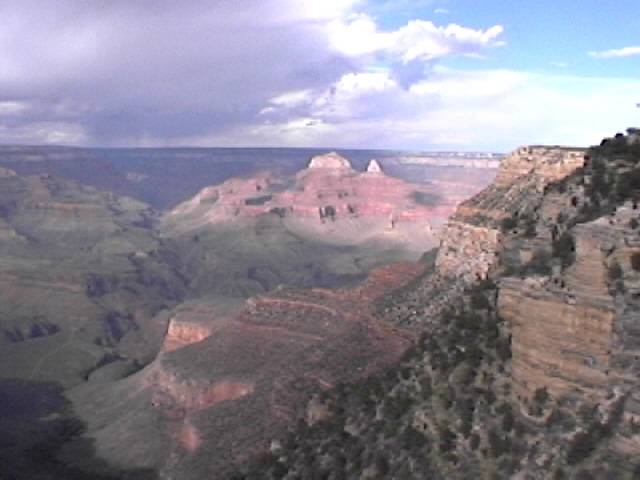 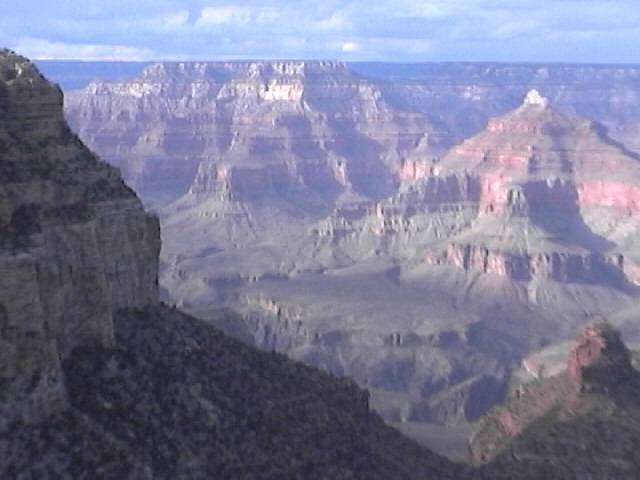 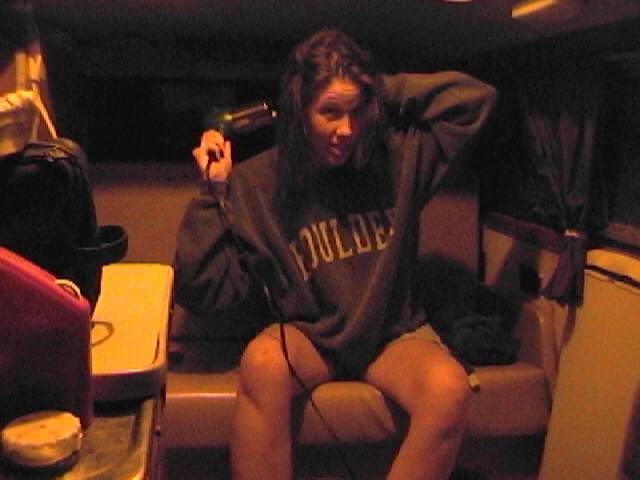 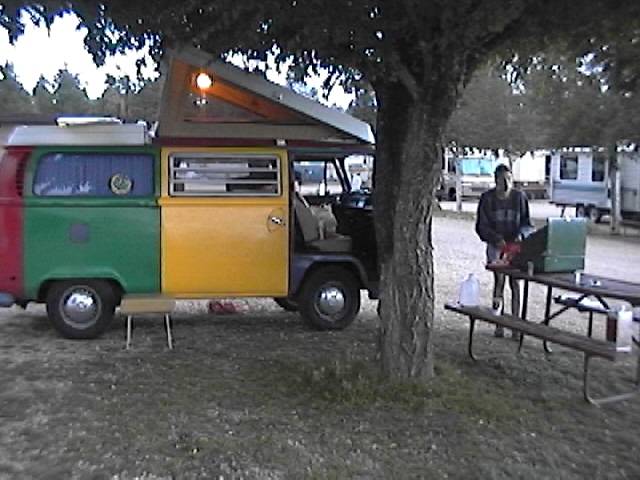 Found a campsite for the night, and settled in.  We are so thankful to our friend Eddie, who gave us the yellow light & bulb so we could have ample light and also not attract bugs.  It worked wonderfully!  (Make sure to tell him, Vera!) 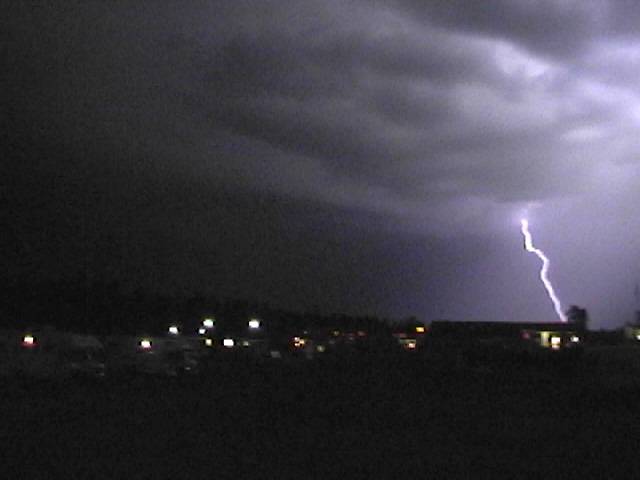 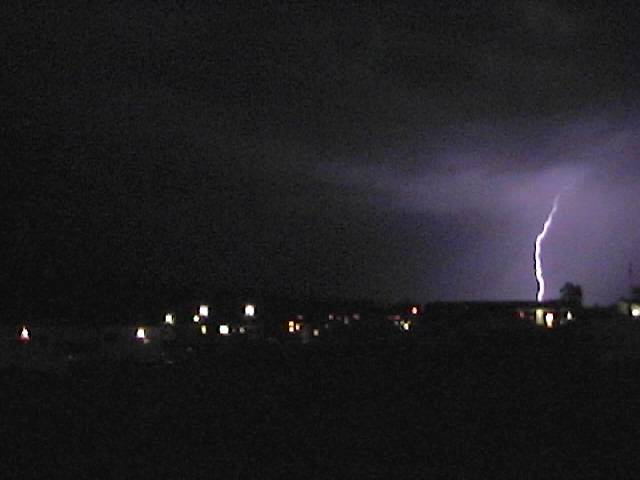 Had a great thunderstorm that night.  Buddy was so proud to have caught the lightening twice.  The next morning came early...we were scheduled to ride mules down the Grand Canyon!  Had to get to bed early.   More later!