The Beckett's, great food & another breakdown.

Well, the day started out feeling completely rested after sleeping in Bekah's bed (thanks, Bek!).  We really enjoyed our time together with the Beckett's, our former pastor (well, he still feels like our pastor, really)  It was so wierd to see them in Nebraska.  We kept thinking that just outside the house, were the mountains of Northeast PA, but they weren't, and we had to finally accept the reality that the Beckett's have really moved.

The Beckett's have a lot of neighbors.  Most of them build houses for a living.  OK, so maybe their neighbors are construction workers, who rise to the call of duty at 6:45 a.m. (I slept through it), and are building houses for people the Beckett's don't even know yet.  Quite a bustling neighborhood.  Full of muddy tire-tracks, and port-a-potties...with a beautiful view of a giant, orange bulldozer right in front of the house. 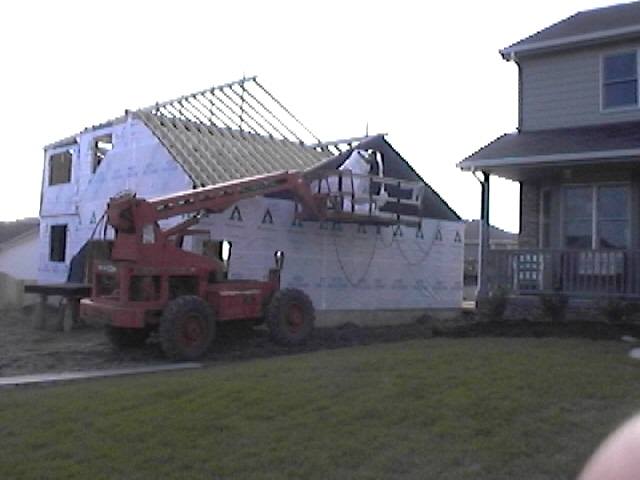 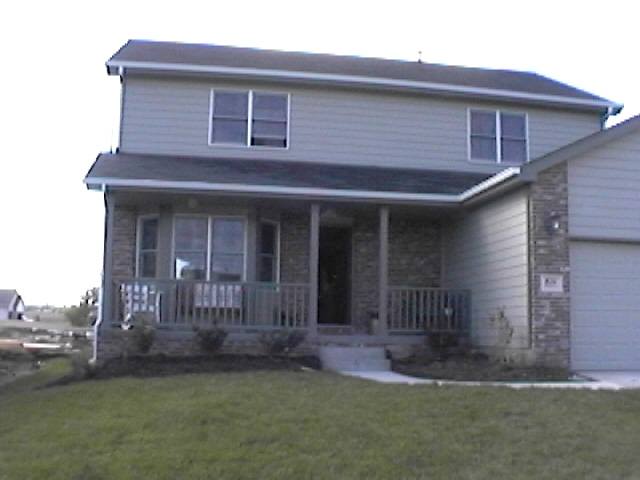 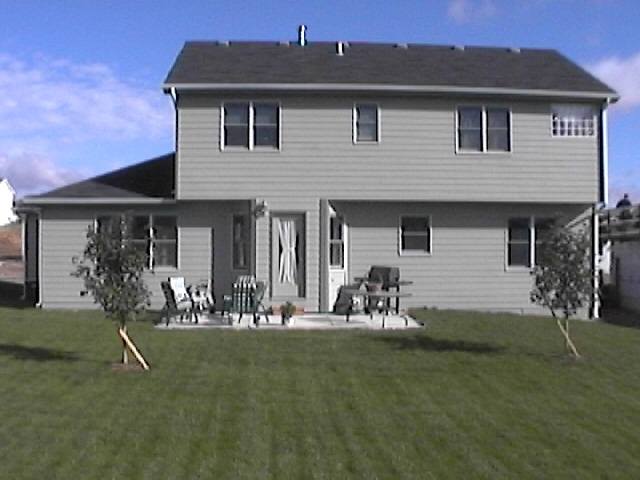 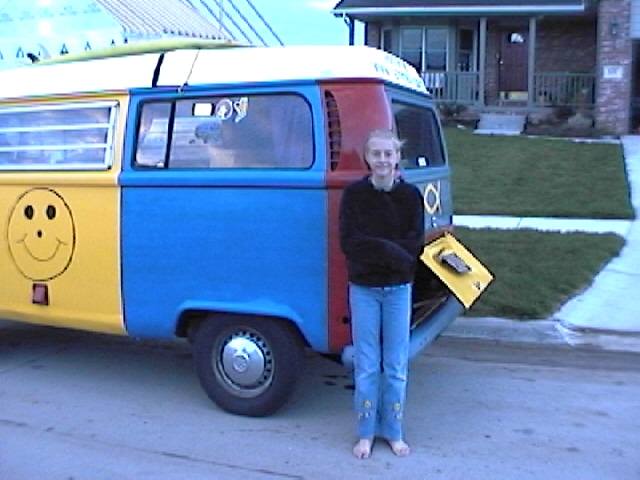 We took a lot of pictures of the Beckett's beautiful new home, so that everyone from HBC could pretend that they, too have visited  these new Nebraskans. 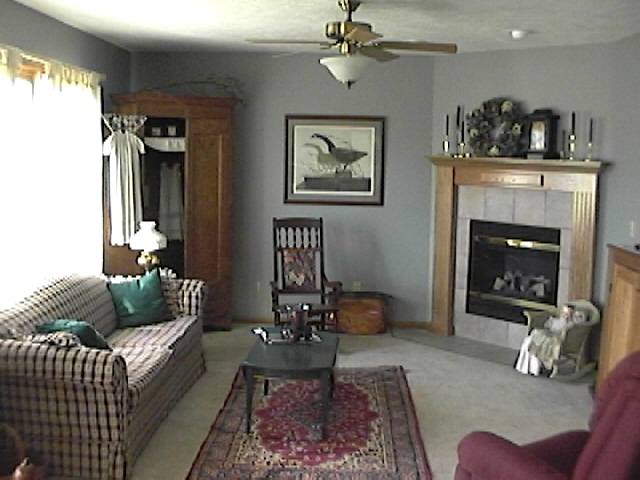 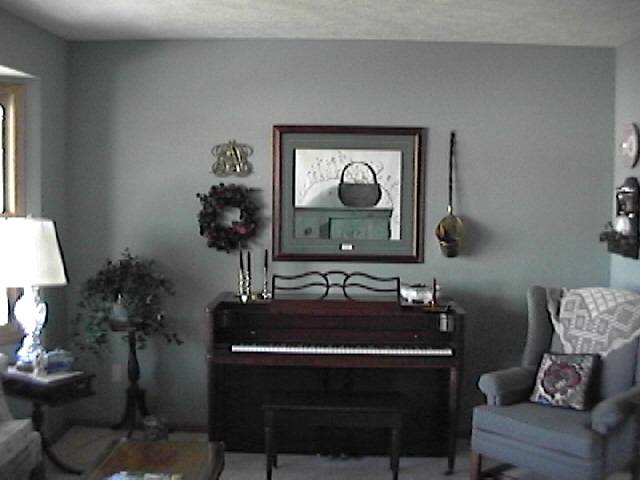 Even though Joan doesn't really like the fireplace, it was beautiful to us!  The picture on the left is of their living room, right off of the kitchen.  Maybe they don't call it the living room, but that's where we did a lot of living.  In the front of the house, they have a really pretty sitting room.  (Remember, we're making up names for these rooms as we go along.) 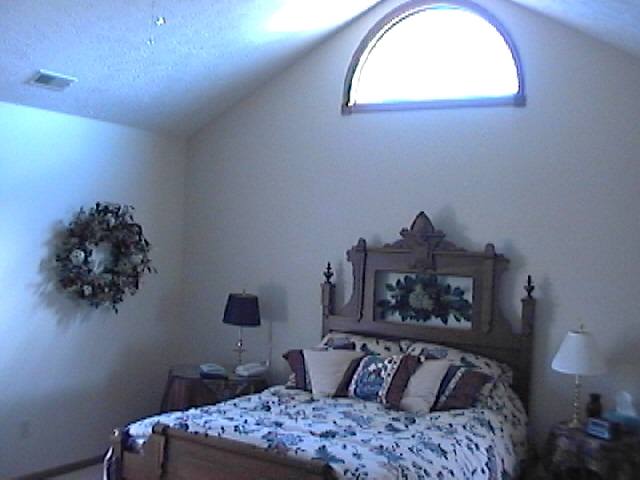 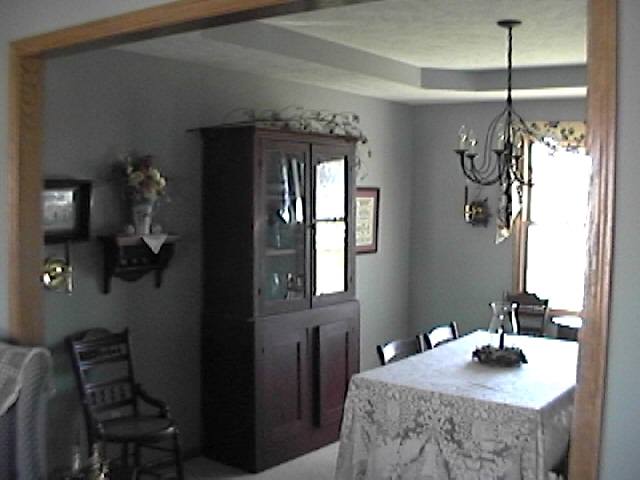 We had to get this picture of the master bedroom because of two specific features that Joan pointed out.  The wreath (the picture doesn't give the beauty justice) and the cool half circle window.  The whole house is really great, just a little smaller than their house in Clarks Summit.  The Beckett's gave us a great tour of the town of Lincoln, and we have to tell you, we were impressed!  It's really not at all the hick-town that Pastor Beckett sometimes jokingly refers to it as, but is turning into a regular metropolis.  With a population of about 230,000+, it's definitely worthy of some crowing.

After getting ourselves out of bed, munching down a wonderful orange roll, and having a delightful morning conversation with Joan, we made our way to Back to The Bible Headquarter about 5 minutes away from their house. 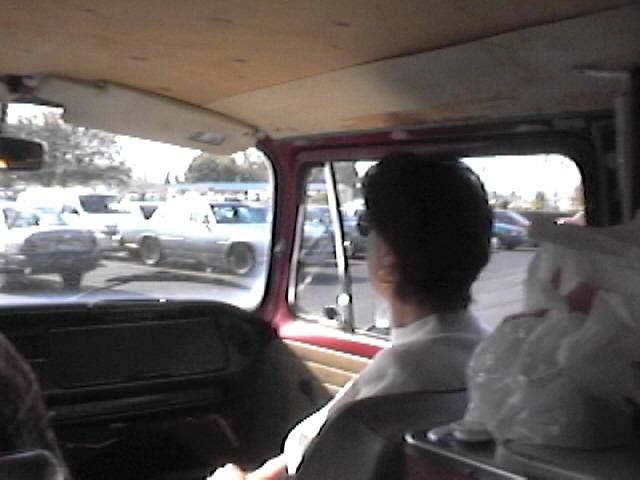 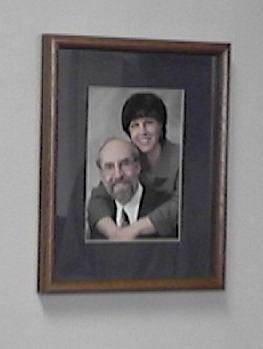 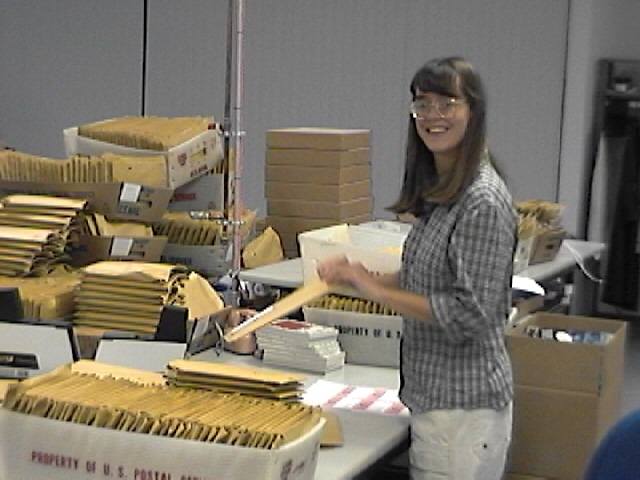 Joan had the "privilege" of riding with us to Back To the Bible, where we got a tour of the facilities and even received a nice parting gift..  It brought back a bunch of memories for her concerning their own hippy days.  OK, so maybe they weren't hippies, they just had a Beetle that, amazingly enough, had the same problems our van sometimes has!  I thought you would all enjoy a picture of Joan in our van! :-)  Katie works at Back to the Bible in Order Fulfillment.  She furiously packs books and sends them to anyone who might have ordered them in the last couple of days. 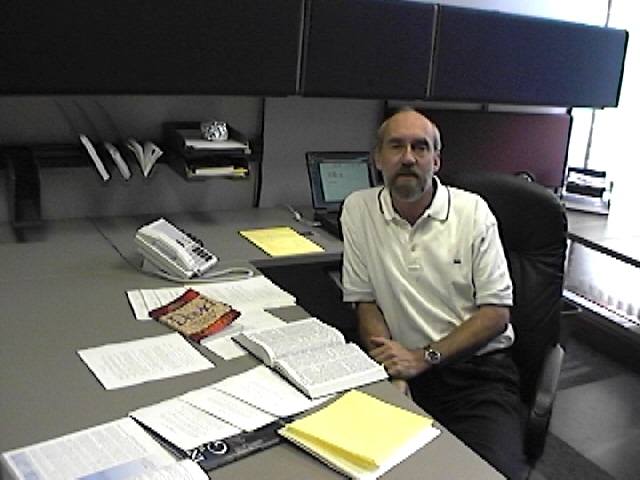 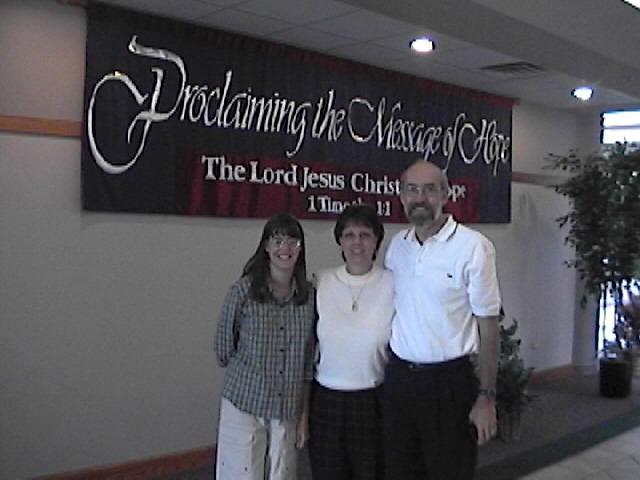 Here's PB at his new desk...not quite as cool as his office at the church.  He will soon break out the baseballs and Ohio State stuff, but he's breaking everyone in slowly.

Had a yummy lunch with the Beckett's, and headed off to Omaha.  Earlier, we had mentioned that it "didn't matter if the Bus broke down now, we were almost home".  Well, the Bus broke down alright, and I'm actually writing this copy as we wait for the tow truck to come and rescue us and sweep us off our feet to Omaha.  We're not quite so confident about getting back on the road again!  This might be the end for the Bus. 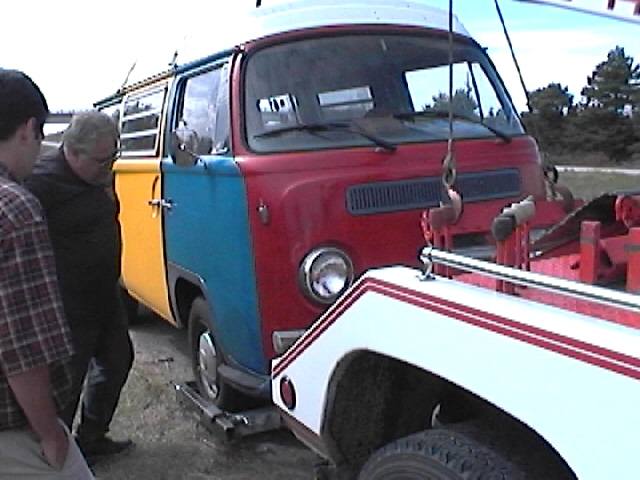 Well, come to find out, we just needed another cable.  All it took was another AAA tow and only $33.00 later, and we were on our way.  Just 4 hours late to Jody and Phil's house.  Thank goodness for flexible friends!  They were wonderful, even though we almost threw their kids into siezures because they had to eat so late!  Sorry!