Winthrop, IA
The Friendliest Town Around
Jen's Aunt Kate and Uncle Roger currently have a black house.  They are in the middle of remodeling the outside of their house.  I had the privilege of filling up the dumpster with the old siding.  Uncle Roger has another entire house (albeit, not one that you would want to live it) called "The Other Place" where he and his friend Dick refinish furniture and do creative woodworking.  Jen fell in love with the place.  I thought it was dusty.  I did think it was way cool that they had a house just to do woodworking though.  Aunt Kate uses the garage at "The Other Place" to do upholstery work.  So you can take a couch to Uncle Roger have him refinish it and Aunt Kate will re-upholster it for you. 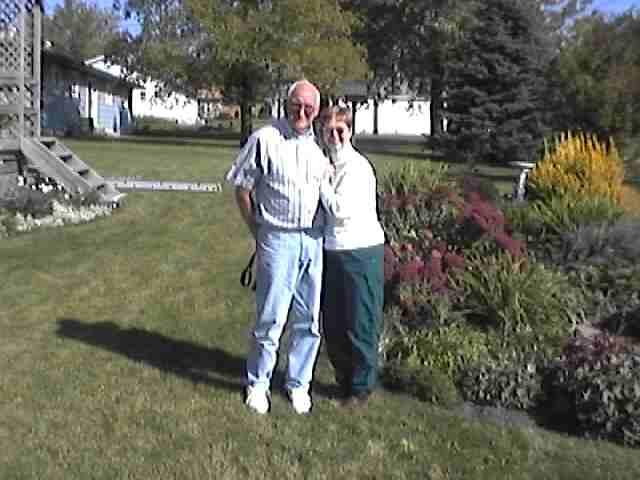 We went to Waterloo to eat lunch at the Olive Garden and to the mall to do a little shopping.  Uncle Roger and I went to the bookstore while the ladies did a little shopping.  I found a book that I wanted to buy so I went home and ordered it for 40% less off of the internet.  The internet is totally going to change the way things work in this world.  I am currently watching the Yankees playing the Rangers and every commercial that has come on has had a webpage address at the end.  Jen and I decided that we should get a new couch and get rid of the old Coach Jacobs hand me down one.  She went to the local furniture stores.  I went to www.furniture.com and found one on the internet delivered for about the same price.  We still haven't decided which one to get.  I am still suffering from sticker shock.  I guess since the only pieces of furniture we bought new were the futon and the kitchen table I wasn't prepared for the price of a new "davenport" as they say in Iowa. 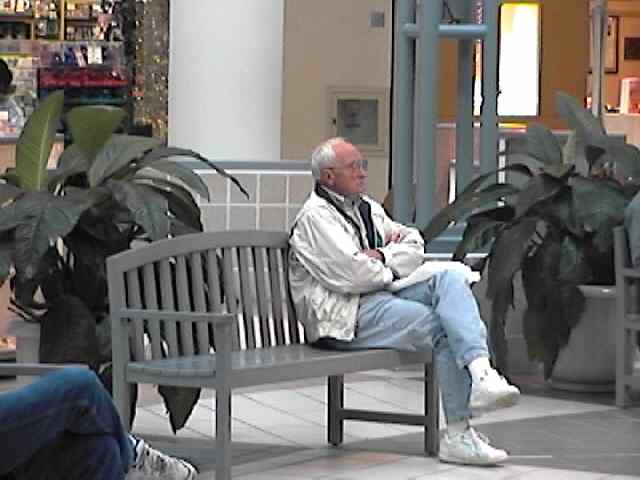 The bookstore soon lost the interest of Uncle Roger and he headed to the nearest bench to do a little people watching.

After leaving Wintrhop we headed towards Indiana.  You can't see it very well in this picture but we could see our breath in the bus.  We were planning on staying at another truck stop but neither of us relished the idea of staying in the van in 40 degree weather so we stayed in a hotel somewhere in Illinois.

The Date was Ocotober 2nd which is also my Dad's birthday.  Happy Birthday, Pops.