I never thought I would be so glad to be on my way back to Scranton, PA.  It was great to be on the road but I guess no matter where home is, it is always fun to get back.  While in Elkhart we took the bus to a Machanic named Roger.  We asked him to look at the stearing and why it was running rough and not to worry about everything else like the starter that didn't work or the oil leak that we have had since we bought the bus.  He commented that I must know the Lord because the stearing box had broken loose and was only hanging to the axle by a thread.  That is why the stearing had gotten so bad.  He welded it back together for us and also got it running smoother.  We made it back to Pennsylvania without incident almost.

There is a 4 foot by 4 foot piece of artwork hanging on the wall of Jeff's apartment.  Eric his roommate has his office right next to the bedroom.  We caught him loading his bag to go to teach.

While leaving Elkhart we ran into a guy with a tough looking guy with a leather jacket that said, "Live to Ride".  The thing that made it quite funny was that his "ride" was a tiny moped.  Later that day while in Ohio a couple of staties pulled us over.  They noticed that we didn't have a license plate on the back of the bus so they decided to stop us.  The plate flew off when we were getting towed backwards near Omaha.  The cops were nice but said they were going to have to write me a warning.  As we started talking they were asking what we were doing.  As I told them our story we got sidetracked and they never even gave me a warning.  Since our starter wasn't working and we were facing up a little uphill the cop gave me a hand pushing it so that we could get her started again.  I asked for their picture but they declined.  So far I have yet to find a person in law enforcement that wants their picture taking.  So I just took a picture of the car as they drove away.  Other than that they were quite friendly and helpful. 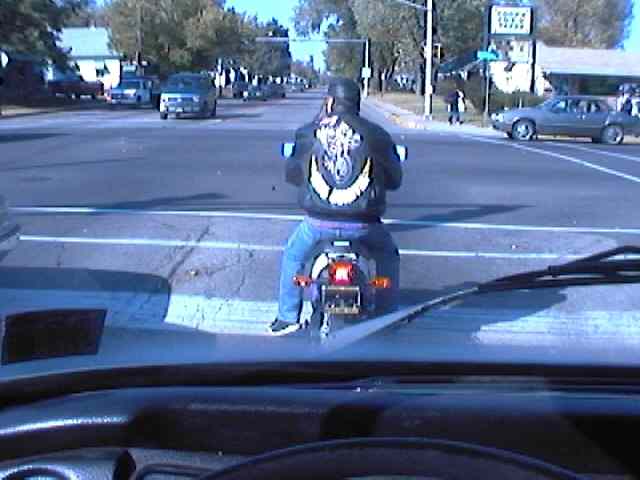 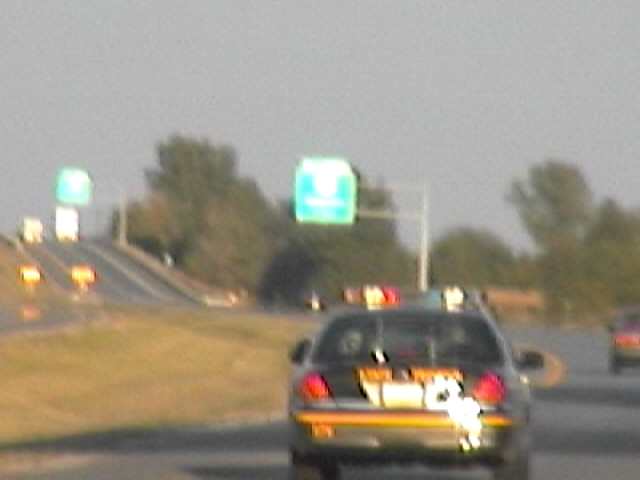 Pennsylvania welcomes us and we welcome her.  It was so good to be back in PA even if it was 11:30 pm and we had 5 more hours of driving to do.  This was about the time that Jen crawled back into her sleeping bag and pulled out the bed.  I had about 25 more of Uncle Ollie's coffee beans and they kept me up through the night. 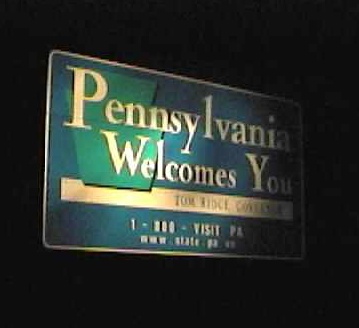 When we got back there was a pile of mail waiting for us.  It covered over half of our kitchen table.  We still haven't gone through it all over a day later.  As I was emptying the bus I pile up some things that we never used not even once.  A couple of tennis rackets, a tent, a fire extinguisher,  and a spare tire.  Oh yeah,  I forgot the backpacks that are hidden in the rough of the bus.  Those were are plan B in case the bus ever died along the way.  It was a great trip.  Our faith grew the more that we were on the road as we saw God take care of us day after day. 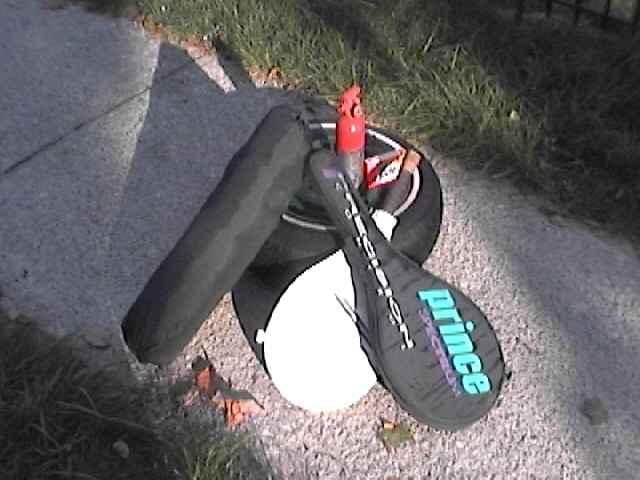