Our day started out getting up very early.  We thought we had to change our clocks ahead, because we were in Mountain Time, so it hit even harder.  Then, when we got there, we discovered that the Grand Canyon was actually on Pacific Time because PT was on Daylight Savings Time, and The Grand Canyon never goes on Daylight Savings Time.  Sound Confusing?  It was to us too, and we just headed back to the van to catch a couple more zzz's.

We ended up making it on the mule ride by the hair on our chinny-chin-chin.  There was one couple on the waiting list ahead of us, but he weighed 203 pounds, three pounds over the very strict limit they keep.  We felt really bad for him...but it did allow us to go.  I, Jen, was more scared of this than paragliding over the Swiss Alps.  Don't ask me why.  I think it was because they try to scare you to death in their brochures. 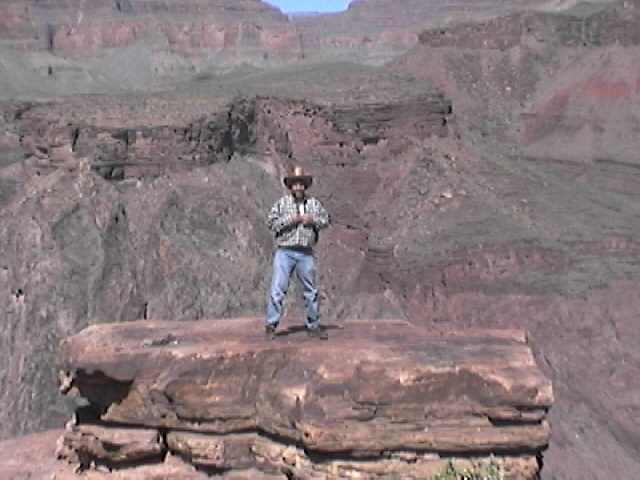 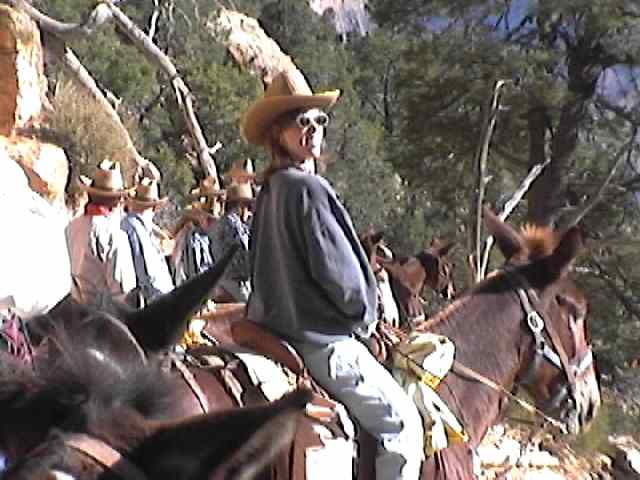 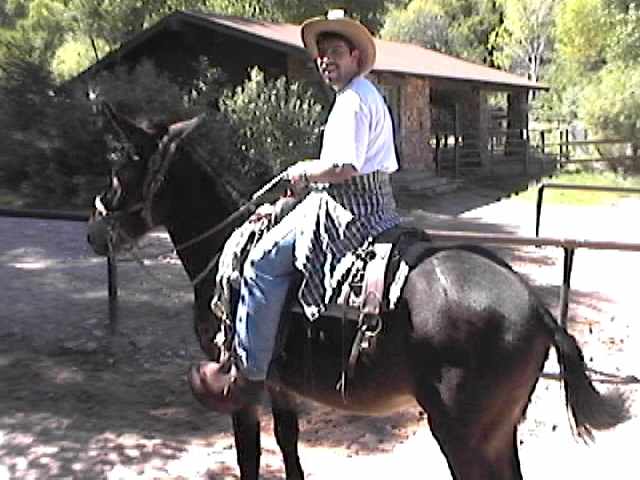 We got saddled up...my horse was named Loren, and Buddy's was named Willow.  Mules are such interesting animals.  I thought it was interesting how the brochure described them as "sure-footed" animals, that since they are a cross between a female horse and a male donkey, they tend to not spook as easily as horses and have the quiet, sureness that a donkey has.  I identified with my mule immediately, probably because we share that one adjective that is so often used to describe mules, and starts with an "s".  Buddy and I felt like we got the best mules, they were very obedient, and never got behind like other mules did. 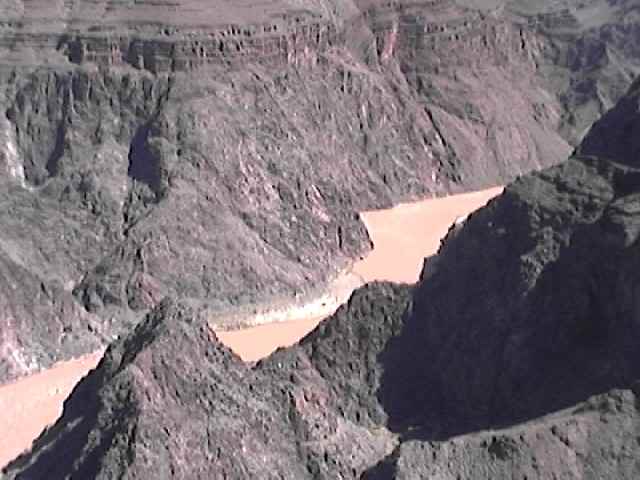 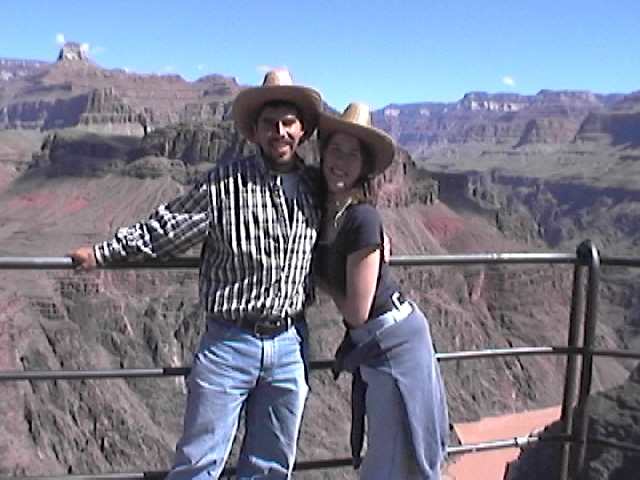 We rode to a place called Plateau Point.  It was beautiful, as you can tell.  We could see the muddy Colorado River from there, and my husband, despite even strangers telling him not to climb out to this rock, still did, just to get a great picture.  (He said it felt like he had seven mom's telling him what to do)  Doesn't he look cute in a cowboy hat? 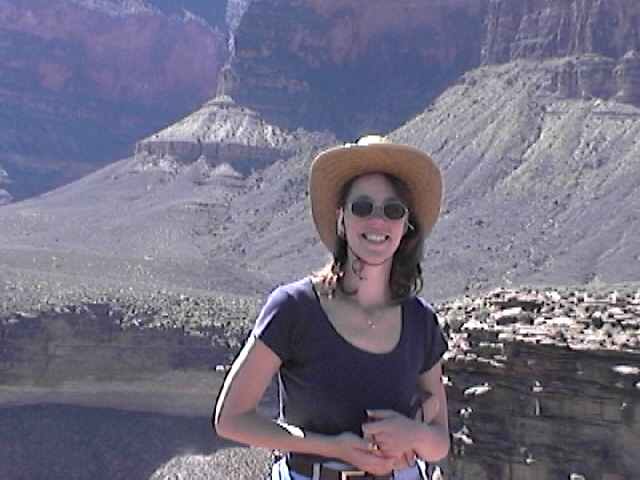 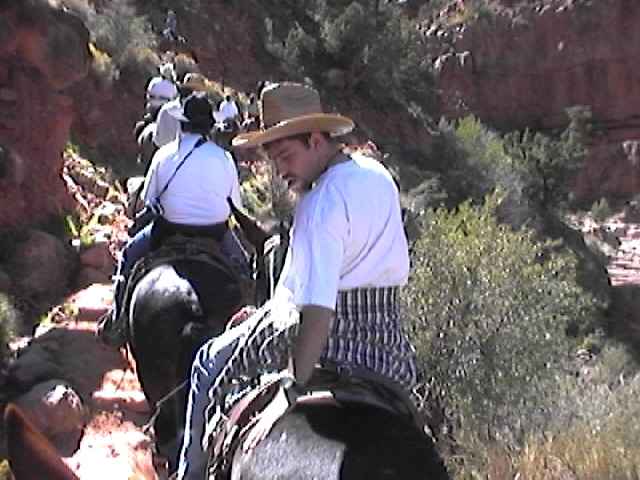 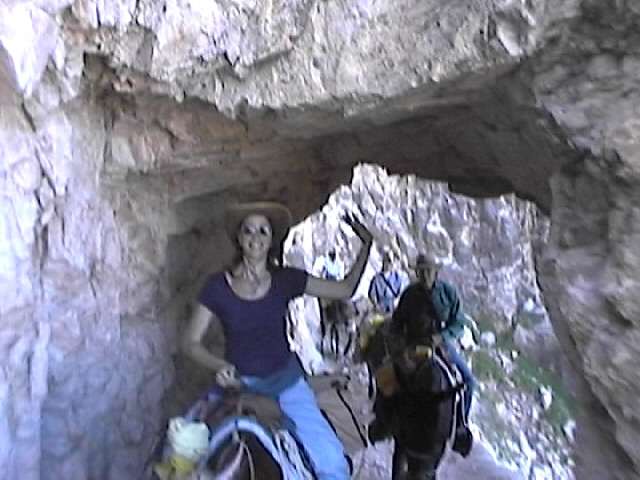 The ride down wasn't so bad, but my bum was getting sore, and we had about 4.5 miles uphill to go.  It would take us almost three hours to get to the top.  My saddle kept tilting to the right, and I thought by the time we got to the top, I would just be hanging off at a ninety degree angle. 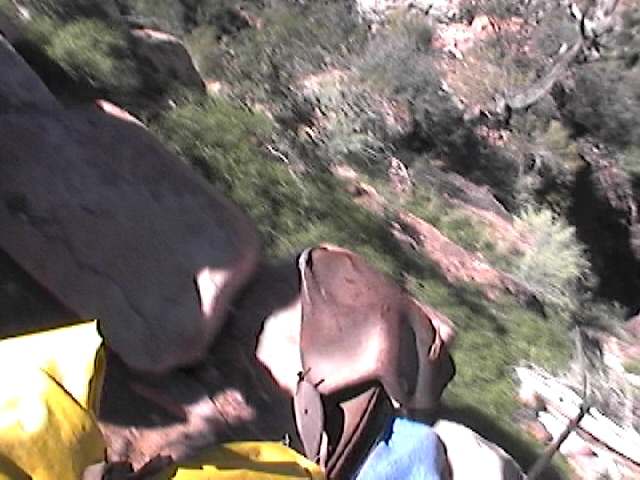 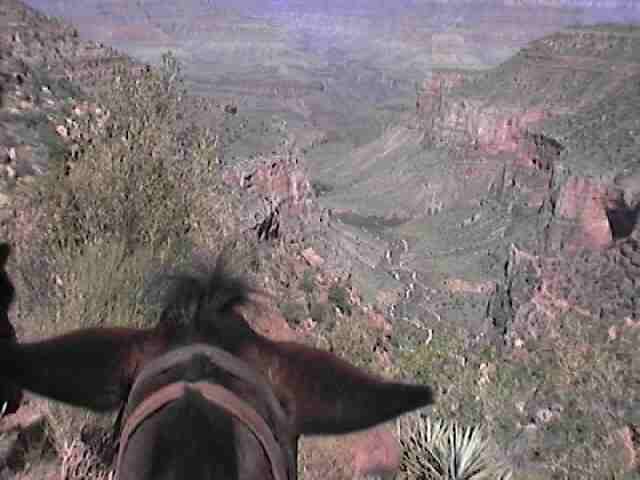 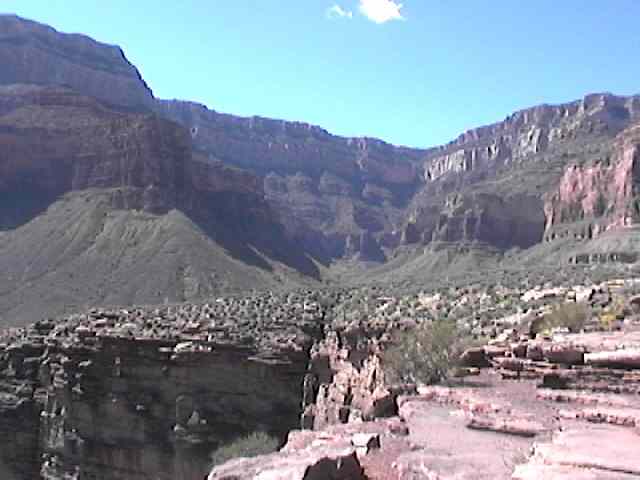 We had to take a lot of breaks for the mules on the way up.  I forgot to mention that after about 5 minutes at the beginning, it was amazing how much trust you place in these animals.  Even when they would slip, you still felt safe, even when you were walking right on the edge of the cliff.  One of the pictures above shows buddy's foot in the saddle, and the cliff right below.  When we would stop for the mules, they would stick their heads right off and you were almost directly above nothing.   The scenic picture is the path that the mules climbed getting us back to the top.  We were pretty impressed! 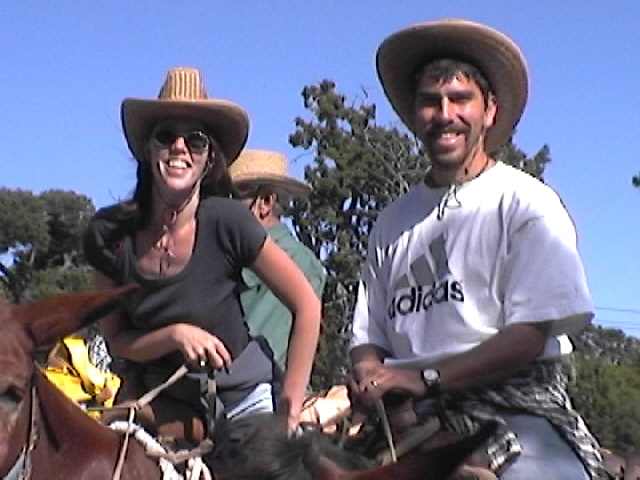 We made it!  Still smiling, but as soon as I got off my mule, I felt muscles that I hadn't ever felt before.  Buddy just laughed at me, and shortly afterwards, I simply collapsed in the van, not getting up for 2 hours.  It was so worth it...what an opportunity!  We feel so lucky to have gone.