We slept about 8 miles from the Kansas border that night, anticipating a 6 hour drive the next day to the home of the Kansas State Wildcats in Manhattan.  The locals there call it the "Little Apple".  We got a kick out of that. :-) 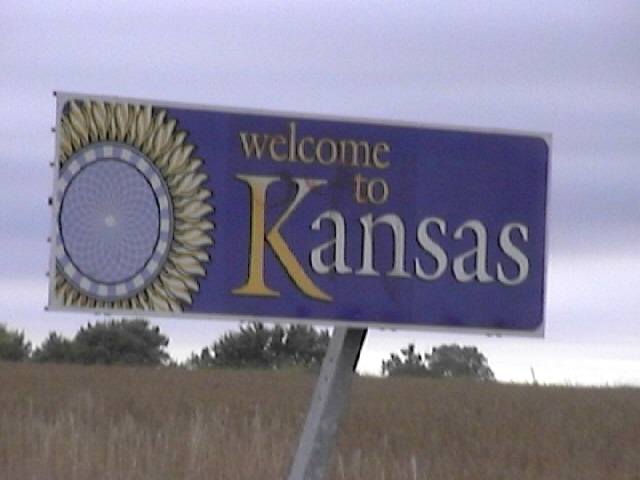 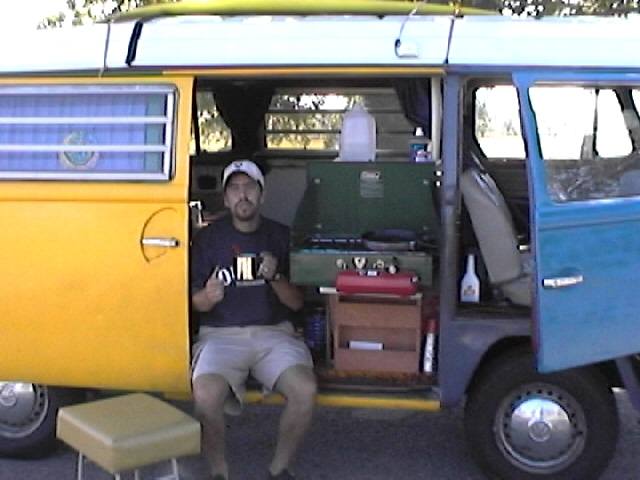 We stopped for a lunch of soup and grilled cheese half way there.  The wind in Kansas that day was unbelievable.  It was just beating us like crazy. 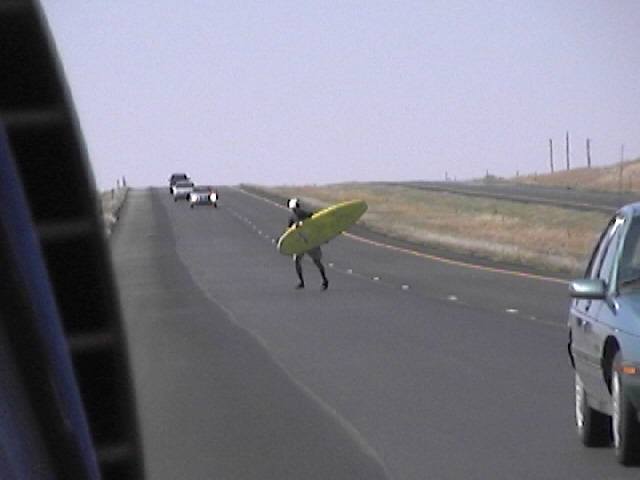 At one point, we heard this amazing crash and I was sure that the engine had just fallen out of the Bus.  But, silly me, the surfboard had fallen off.  Buddy went after it and rescued it from the median.  It got a little beat up, but Buddy is holding out hope that it can be repaired.  Thank goodness that no one else drives in Kansas, and it didn't hit anyone. 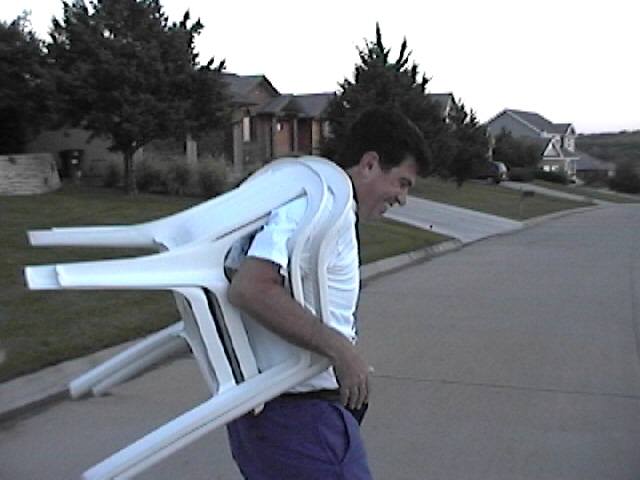 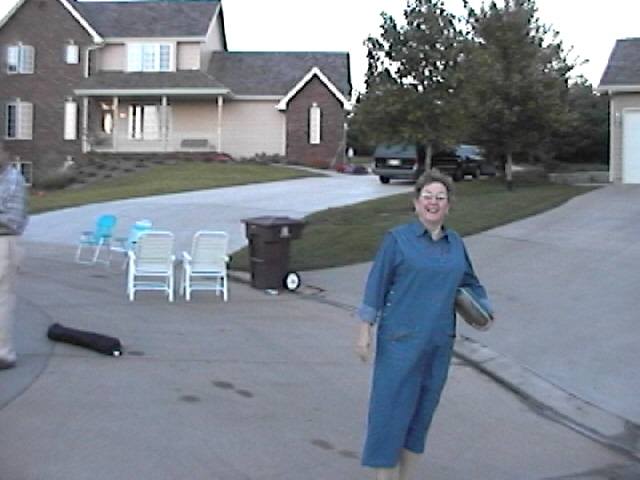 That night we had the honor of attending a "block" party with the Pagliarello's, friend's of Buddy's from Germany.   We had a great time, except that everyone left early because they were getting blown away.  The wind just wouldn't let up.  It was very nice to talk to the "Pag's" as Buddy calls them.  Mr. P just recently got an electronic implant in his ear, and can hear so much better than ever before.  Buddy forgot how funny he was until we sat and were just busting our guts as he talked about deciding to have the implant.  Mrs. P made sure that we were taken care of and made Buddy's favorite dessert, angel food cake.